In furtherance of its commitment to the development of sports in Nigeria, First Bank of Nigeria Limited has announced that the 61st edition of the FirstBank-sponsored Lagos Amateur Golf Championship has been scheduled to tee-off at the golf section of Ikoyi Club 1938 on Friday 18th, to Sunday 20th of November 2022.

In furtherance of its commitment to the development of sports in Nigeria, First Bank of Nigeria Limited has announced that the 61st edition of the FirstBank-sponsored Lagos Amateur Golf Championship has been scheduled to tee-off at the golf section of Ikoyi Club 1938 on Friday 18th, to Sunday 20th of November 2022.

To be played over 54-holes (3-days), the FirstBank Lagos Amateur Open Golf Championship is a World Amateur Golf Ranking (WAGR) listed competition that attracts the best golfers from the amateur scene, not only in Nigeria but across the world.

The emerging winner of the Championship, the Amateur Champion for the year, also earns points that contribute to their WAGR ranking. The 61st FirstBank Lagos Amateur Open Golf Championship is also supported by Seven-Up Bottling Company, One Spirit Company and Palton Morgan Holdings.

On behalf of the tournament organisers, Ibukun Obatoyinbo, Director Concierge Sports said “FirstBank Lagos Amateur Open Golf Championship has been the premier amateur golf event in West Africa. It is notable that some of the top golf professionals within this environment have been participants & past winners of the Championship. As we mark the 61st edition this year Concierge Sports are committed to the continued promotion & support of the development of the sport in Nigeria.

We are confident that a new set of stars will emerge courtesy of FirstBank’s unwavering sponsorship of the Championship. We look forward to an exciting 2022 edition.”

Anticipating the thrills of fun and excitement to be witnessed in the 61st FirstBank Lagos Amateur Open Golf Tournament, Oluwaseyi Otulana, Chief Marketing Officer, Palton Morgan Holdings said “Palton Morgan Holdings is proud to be a partner at the 61st edition of the FirstBank Lagos Amateur Open Golf Championship. The game of golf is truly a game of the masters and as the budding masters converge this year at the Ikoyi Club 1938 Golf Course, a long-standing tradition since the Championship’s inception in 1960, we look forward to an exciting tournament as participants journey from far and near to grace this prestigious event.

We understand that great things come from humble beginnings which is why we are glad to be a part of this year’s event. Palton Morgan as masters in our own right wishes all the participants the best of luck.”

Speaking ahead of the 61st edition, Mrs. Folake Ani-Mumuney Group Head, Marketing and Corporate Communications highlights FirstBank’s consistent role in driving development through sports: ‘’As an institution that is woven into the fabric of the society for nearly 129 years, FirstBank has been at the forefront of the growth and development of sports in Nigeria for decades. Our constant commitment to sports is a demonstration of our belief that sport remains a major vehicle for social and economic development. From infrastructure development, employment generation to social skills, sport remains a unifying force for socio-cultural interaction and development regardless of language, culture and religion.’’

Assuring participants of a memorable tournament, Dr. Anthony Oboh, Golf Captain, Ikoyi club 1938 stated that “It’s our pride and honour to welcome participants to the 61st edition of the FirstBank Lagos Amateur Open Golf Championship, the premier amateur golf event in West Africa. 61 years of continued partnership with FirstBank has been phenomennal. It is a partnership we are proud of and we look forward to fostering for many more decades.

To participants from across Nigeria and Africa, we invite you to enjoy our facilities. This 2022 edition promises to be more exciting and better than those before it. Go swing, enjoy your golf, and we can’t wait to congratulate the Amateur Champion for the year.”

Expressing his appreciation to FirstBank for its unbroken sponsorship through the years, Ademola Mumuney, Chairman, Ikoyi Club 1938 noted that “golfing in Nigeria and particularly Ikoyi Club 1938, cannot be sufficiently described without due recognition of FirstBank’s consistent and unbridled partnership, year over year, for more than six decades. Greatness is well exemplified in this fusion of Golf and FirstBank. I hope other organisations would latch on to this for better enhancement of sports in Nigeria”.

Since its debut, FirstBank Lagos Amateur Open Golf Championship has been the most consistent and premier amateur golf event in West Africa and has produced great champions most of who are competing in the elite professional golf cadre. Last year, the Championship threw up Ilorin based Aminu Kadir who won the landmark edition. It is expected that this year’s edition will produce another great winner.

Other FirstBank-sponsored sporting events include the Georgian Cup of Kaduna Polo Tournament, sponsored for 102 years; the Dala Tennis Hard Court in Kano Club for over 30 years; the Obasanjo Pro-Amateur Golf tournament of Abeokuta Club now in its 6th year. The Bank’s influence in the development of sport in Nigeria is under its [email protected] initiative. 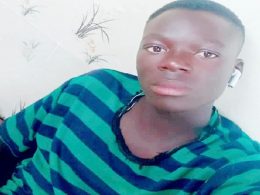 A suspected internet fraudster, Peter Albert died shortly after he underwent money rituals in the Ado-Odo/Ota Local Government Area of Ogun State about three weeks ago.
byLateef Idris
No comments 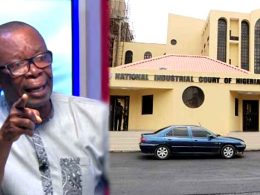 The Academic Staff Union of Universities (ASUU) will appeal the ruling of the National Industrial Court which ordered the lecturers to call off their ongoing strike.
byTayo Aderinola
No comments

Justice Must Prevail Party (JMPP) on Thursday said if elected into power in 2019, it would construct perimeter…
byTayo Aderinola
No comments 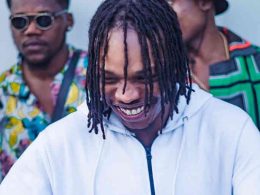 Defence, on Thursday, concluded cross-examination of the second prosecution witness in the trial of a musician, Azeez Fashola (a. k.a Naira Marley) facing cyber crime charges.
byLateef Idris
No comments