The Lagos State Government has commiserated with families of victims who lost their lives and property in a fatal tanker explosion which occurred on Thursday evening on Otedola Bridge, inward Ojodu Berger area of the State, describing the incident as unfortunate and regrettable.

The incident, which occurred at about 5:53pm, left 53 vehicles burnt while nine lives were lost.

The government, in a statement signed by the Commissioner for Information and Strategy, Mr. Kehinde Bamigbetan, described the incident as a sad development, saying that the incident was most unfortunate and regrettable.

“On behalf of the Lagos State Government, we extend our deepest commiseration to the families of persons who lost their lives as well as properties to the incident. Our thoughts and prayers are with them in this time of pain and grief.

“As a government, we would not relent in putting measures in place to ensure safety of lives and property of all residents,” Bamigbetan said.

The Commissioner said that Governor Ambode had directed all relevant agencies to move into the area to normalise the apprehension that had taken over the area and to also ensure that those in need were adequately taken care of.

The governor assured that clearing of the highway of damaged vehicles to establish normal traffic flow would continue throughout the night until the objective is achieved.

He called for the co-operation of all citizens with the officials of the agencies to restore the situation to normalcy.

He also urged motorists to continue to adhere to the safety standard and the State Traffic Laws so as to prevent a re-occurrence of such incidents.

Super Eagles of Nigeria have been drawn in Group C alongside Cape Verde, Central Africa, and Liberia for…
byTayo Aderinola
No comments 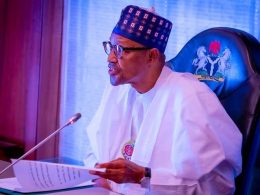 Amid the spate of insecurity in the country, President Muhammadu Buhari has been asked to sack all Service Chiefs.
byLateef Idris
No comments 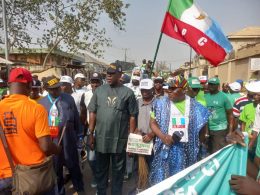 Onilekere ward C on Monday hosted the All Progressive Congress, Ikeja Federal Constituency at the ongoing grassroots engagement/sensitization of voters for all its candidates across the 18 wards towards the forthcoming general elections.
byTayo Aderinola
No comments 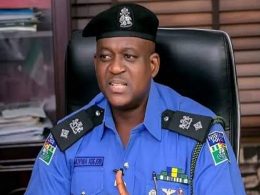 The Nigeria Police Force (NPF) has denied the commencement of the 2022 Police constables recruitment.
byLateef Idris
No comments