Tagbo’s Death: Davido’s A Liar, He Knew How His Friend Died – Imohimi

Lagos State Commissioner of Police, Edgar Imohimi on Wednesday said popular music star, David Adeleke, aka Davido lied to the police that he did not know how his deceased friend, Umueke Tagbo, got to the Lagos General Hospital’s premises and died.

Imohimi, who addressed newsmen on Wednesday stated that Close Circuit Television (CCTV) footages from the hospital proved that Tagbo was brought in dead (BID) by Davido’s escort driver, Tunde Usutu and two of his friends, Agbeje Olaoye and Idris Busari.

The police boss stated that men abandoned the late Tagbo inside his ash Toyota Camry LSD378EL on the instruction of Davido.

He explained that on October 3, at about 9:20am, the Chief Security Officer (CSO) of General Hospital Lagos, Oparanti Moshood alerted the Divisional Police Officer (DPO) Lion Building that an unidentified male was brought in dead (BID) in an Ash Toyota Camry Saloon car marked LSD378EL by two unidentified males.

He said from the international passport found in the deceased’s car, the DPO gave his identity as Umueke Tagbo, adding that immediately after, one Caroline Danjuma, an actress published that her boyfriend died in the company of Davido and friends.

“I called for a pre-investigation meeting in my conference room. In attendance were all parties including family, friends of the deceased; those of Davido; Caroline Danjuma; the DPO and investigating officers. The meeting confirmed that the deceased Tagbo Umueke on that day met and had drinks with friends at Shisha Bar amongst whom was Davido.

“The bar tender confirmed the deceased had as much as 40 tons of Tequila and exhibited signs of drunkenness. The CCTV footage also confirmed this. Davido had told the police he had left Shisha Bar for DNA Night Club in Victoria Island without the deceased and was only informed by mutual friends of his death while he was at DNA.

“However, investigation revealed that Davido’s white Toyota Hilux escort driver, Tunde Usutu, accompanied by one Agbeje Olaoye and one Idris Busari, both Davido’s friends, took the deceased to the General Hospital, Lagos and abandoned him in his vehicle on the instruction of Davido.

“ The CCTV footage at the hospital picked the escort vehicle and the entire activity. The vehicle was recovered from Davido’s residence at 7, Awoshika Street, Lekki Phase 1. This completely debunks Davido’s claim that he did not know how the deceased got to the General Hospital. The interim autopsy report stated that the victim died of Asphyxia,” he explained.

On the cause of death of two other Davido’s friends who were found dead inside a BMW car marked KJA631AY on October 7 at Banana Island, Imohimi said the autopsy had not been concluded.

“A case of sudden and unnatural death (SUD) was reported on October 7, at about 8pm by the CSO Banana Island, Ikoyi, to the DPO Ikoyi that two persons namely, Olugbemi Abiodun and Chime Amechina of Flat Bill, Ocean Parade, were found dead inside one white BMW Saloon car marked KJA631AY, at underground garage in the estate.

“Police operatives raced to the scene where the bodies of the victims were taken to LASUTH, Ikeja for joint medical examination to determine cause of death. Victims were found motionless and were confirmed dead by a medical doctor. Further search into the vehicle revealed that wrapped substances suspected to be weeds were recovered and might have been used by the victims,” he explained.

According to the CP, liquid substances were observed on their mouths and nostrils, saying that from investigation by policemen at the scene, there were no visible marks on their bodies.

He said the result of the autopsy was still being awaite, adding that the pathologist said there was need for further findings before conclusions could be drawn on the cause of death.” 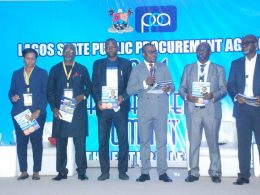 Lagos to integrate more MDAs on e-procurement platform in Y2022

The Lagos State Governor, Mr. Babajide Olusola Sanwo-Olu, has given an indication that more Ministries, Departments and Agencies of the State would be approved for integration on the e-procurement platform next year in keeping with the vision of operating a 24-hour transaction economy.
byLateef Idris
No comments 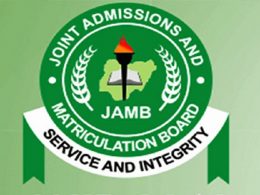 The Joint Admissions and Matriculation Board (JAMB) said the 2022 Unified Tertiary Matriculation Examination (UTME) mock examination will now hold on April 9, and not April 16 as earlier scheduled.
byLateef Idris
No comments

Jigawa State Governor and Chairman of the All Progressives Congress (APC) Strategy and Contact Committee, Badaru Abubakar, has said the party’s national convention will hold in June.
byLateef Idris
No comments

We’re still traumatised, evacuated Lagos-UNIJOS students speak About 64 trapped students of Lagos residents studying in University of Jos, Plateau State, who arrived Lagos from Jos, on Friday, following recent killings in the state, have lamented that they were still traumatized by the massacre experienced.
byTayo Aderinola
No comments