ABUJA – The Federal High Court in Abuja, on Monday, fixed May 10 to deliver judgment in the suit Senator Ovie Omo-Agege filed to challenge his suspension from the Senate.

Cited as defendants in the suit marked FHC/ABJ/CS/314/2018 were the the Senate, its President, Dr. Bukola Saraki, the Attorney General of the Federation and Minister of Justice, Mr. Abubakar Malami, SAN.

Senator Omo-Agege who is representing Delta Central Senatorial district is praying the court to quash his suspension and declare that he was illegally barred from attending plenary at the Senate.

Justice Nnamdi Dimgba had earlier declined an ex-parte the plaintiff filed for the court to issue prohibitive injunction against the Senate.

The trial judge however directed counsel to the plaintiff, Dr. Alex Izinyon, SAN, to serve copies of the relevant processes on all the defendants to enable them to appear and show cause why reliefs Omo-Agege is seeking from the court should not be granted.

The court equally granted accelerated hearing of the matter.

Meanwhile, when the matter came up for hearing, two Senators, Samuel Anyanwu and Bala Ibn N’Allah, applied to be joined as interested parties in the suit.

The duo, through their lawyer, Mr. Paul Erokoro, SAN, told the court that they are Chairman and Vice Chairman of the Senate Committee that recommended Omo-Agege’s suspension.

They maintained that it was their conduct that was being called to question in the suit.

“My lord there is no doubt that my clients are interested and necessary parties to this suit and they are entitled to be heard for the sake of fair hearing. It is immaterial that the Senate and its President are already parties to the suit. It is their committee that did the investigation and made the recommendation that is being challenged”, Erokoro pleaded.

“My lord this very plaintiff is a member of the said Senate committee. He is number 15 on the membership list. It is our position that since the cumulative action of the committee is being challenged, they ought to be joined.

“The decision of this court will affect the committee whose decision is being challenged”, Saraki’s lawyer, Mr. Mahmud Magaji submitted.

However, Omo-Agege and the AGF persuaded the court to reject the joinder-application.

The AGF who was represented by the Solicitor General of the Federation, Mr. Dayo Apata, contended that the parties seeking to be joined are agents of the 1st and 2nd defendants.

In his ruling, Justice Dimgba held that the matter could be effectively decided without the input of the two lawmakers.

He said whatever decision the court took on the suit would be communicated to the duo by the Senate and Saraki who are defendants in the case.

Meantime, the Senate and Saraki filed joint preliminary objection to challenge the competence of Omo-Agege’s suit, as well as jurisdiction of the court to entertain same.

They prayed the court to strike out the suit as grossly lacking in merit.

However, Omo-Agege’s lawyer, Iziyon, urged the court to ignore the objection and grant his client’s prayers.

He accused the Senate of abusing the judicial process by suspending his client for 90 legislative days, despite being aware of the pendency of the suit.

After he had listened to all the parties, Justice Dimgba reserved his judgment on the case.

Specifically, Omo-Agege is among other things, praying the court for, “A declaration that the 1st and 2nd defendants’ referral of the plaintiff to the Senate Committee on Ethics, Privileges and Public Petitions for trial for expressing his opinion on the purport of a Section of the Electoral Act N0. 6, 2010 (Amendment) Bill 2017 is an act calculated to interfere with or likely to constitute a breach of the plaintiff’s fundamental human right to freedom of expression without interference as guaranteed by Section 39 of the Constitution of the Federal Republic of Nigeria 1999 [as amended] and Article 9(2) of the African Charter on Human and Peoples’ Right (Ratification and Enforcement) Act Cap A9 LFN, 2004.

“A declaration that the description of the plaintiff’s expression of his opinion on the purport of a Section of the Electoral Act No.6, 2010 (Amendment) Bill 2017 in the 1st defendant’s Votes and Proceedings of Tuesday, 20th February, 2018 as “….. “malicious, unfounded and aimed at smearing the reputation of the Senate as an Institution…” makes the allegation against the plaintiff [which was referred to the Senate Committee on Ethic, Privileges and Public Petitions] offence[s] under the provisions of Section 24(a) and or 24(c) of the Legislative Powers and Privileges Act Cap L12 LFN 2004 and therefore cognizable only by court of competent jurisdiction as, provided by Section 36(4) of the Constitution of the Federal Republic of Nigeria 1999 [as amended]. 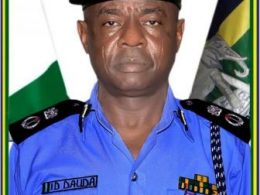 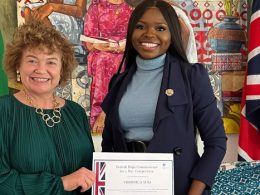