Stranded Nigerians in Russia back in Abuja

A nursing mother and 154 out of 230 Nigerian football fans stranded in Russia after the 2018 FIFA World Cup arrived the country on Friday night.

The stranded football fans including a nursing mother in her mid thirties came through Ethiopian Airline flight number ET-ALP that arrived Nnamdi Azikwe International Airport Abuja at about 9.12 p.m on July 20.

The Minister of Foreign Affairs, Mr Geoffrey Onyeama, who was at the airport to monitor their arrival, lauded President Muhammadu Buhari’s effort to ensure their safe return.

He said that that the President directed that Nigerians, who were stranded in Russia after the 2018 World Cup tournament, should be evacuated immediately.

According to him,  the Ministry of Foreign Affairs has been monitoring the process of the evacuation, which is under the coordination of the Mission of Nigeria in Moscow.

He said that 155 stranded Nigerians were cleared to board an Ethiopian Airline flight to Abuja.

”The aircraft departed Domodedovo Airport in Moscow with the stranded Nigerians in the afternoon and arrived in Abuja this evening.

Onyeama said he had been working very closely with the Minister of State for Aviation following President Buhari’s directive on the exercise.

Some Nigerian football fans who were stranded had besieged the Embassy of Nigeria in Moscow on July 12.

”They were among the fans who travelled to the Russian Federation for the 2018 FIFA World Cup Tournament and were stranded after the events due to lack of funds for their upkeep.”

The minister explained that there was also an allegation that some airline travel agents cancelled return tickets of their customers without informing them.

He said  President Buhari, however,  gave the directive that they should be evacuated with immediate effect at the expense of the government.
Onyeama commended the good gesture of Mr President, saying those stranded were never part of government delegates to Russia.

According to him, the Nigerian Mission had been supportive by making arrangements for the feeding and accommodation of the stranded Nigerians in hostels around Moscow.

One of the returnees, Bamidele Fatai was full of praises to President Buhari for making their journey possible.

He also thanked the Nigerian Mission in Moscow for giving them necessary support.

Another returnee, who spoke on condition of anonymity, said he was swindled by an agent who cancelled his return ticket.

He said he was in Moscow to support the Nigerian Football Team and to catch fun only to discover that his ticket had been cancelled when he was ready to return home. 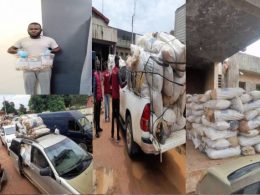 Wanted drug dealer attempting to export 69.65kg of illicit drugs to the UK caught at a Church in Lagos

A major drug dealer has been arrested at a church in Ojodu, Ikeja, Lagos state, for attempting to export 69.65 kilograms of cocaine, heroin, and cannabis to the United Kingdom through the NAHCO export shed at the Murtala Muhammed International Airport, MMIA, Lagos.
byTayo Aderinola
No comments 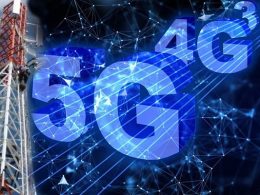 The Nigerian Communications Commission (NCC) has announced that three telecommunications firms have qualified for its 5G auction.
byTayo Aderinola
1 share
1
0
0
No comments