Vice President Yemi Osinbajo has urged youths in the country to join political parties ahead of the 2019 elections to enable them to be voted into political offices.

Osinbajo, who was represented by Sen. Babafemi Ojudu, Special Adviser to the President on Political Affairs, made the call at the Emerging Political Leaders Summit in Abuja.

He said that it was not enough for youths to always complain about bad leaders, but that they needed to break the status quo by taking the chance to be elected and create the transformation they needed for a change.

“Youths have a challenge in their hands for the future of our country; so, I advice you not to sit down and fold your hands and be lamenting over bad leadership or politicians.

“Get down to business, organise and do something to become elected political youths; after all, Enahoro became a leader in this country at the age of 23 and later moved a motion for the nation’s independence at the age of 27.

“The leaders there today will vacate the place tomorrow so if you the youths don’t start preparing today by getting mentored and learning the ropes.

“There is no way you will perform very well if the mantle of leadership falls on you tomorrow; so there is need for you to go in there and participate,’’ he said.

Osinbajo, however, advised youths not to expect that from the day they start participating in politics they would become the president of Nigeria.

He said that it was not realistic and could not happen, but that they needed to start gradually from the ward level and move up to local government level and to state “before the presidency’’.

Mr Kingsley Moghalu, former Deputy Governor of Central Bank of Nigeria (CBN), said that youths had the power to change their destiny to a better future by participating in politics from the grassroots.

Moghalu said that what the country needed was a democratic revolution at the polling units, adding that for it to happen the citizens should recognize that they had the power to change and improve governance.

“If they don’t exercise that power, if they keep selling their votes for N2, 000 so that they will eat today, their children will have no jobs in the future.

“It is high time Nigerians stopped seeking immediate gratification; they always love what they can get now and that is killing us as a nation.

“If this continues, then the citizens are just as irresponsible as the leadership they condemn,’’ he said.

Moghalu said that the next line of action lay with the citizens, adding that “we have talked enough, the politicians don’t listen, they keep carrying on in their old ways.

The convener of the summit, Mr Wale Ajani, said the event was organsied to brainstorm ahead of the 2019 elections towards problem-solving both economically and politically for country’s development.

Ajani said that the summit became imperative at this auspicious moment in the nation’s history because Nigeria had remained a country of enormous potentials for several decades but unable to perform better in human development and economic indices.

“Leadership failure is largely at the heart of the current woes bedevilling Nigeria, with little being done to build a new crop of leaders.

“The nation seems fixated; the citizens have come to have very low expectations of their leaders. The summit provides a platform for qualitative conversations and discourse about Nigeria.’’

He said that it was time for Nigeria to have a paradigm shift as an alternative to the current system where there already existed a disconnection between citizens’ expectations and service delivery by politicians.

Wife of the Governor of Lagos State, Mrs. Bolanle Ambode, has volunteered a monthly allowance of N500, 000…
byTayo Aderinola
No comments 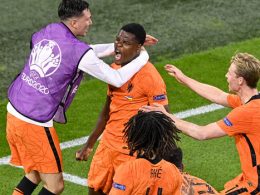 Denzel Dumfries scored a dramatic late winner as the Netherlands marked their long-awaited return to a major tournament with a 3-2 victory over Ukraine in a remarkable Euro 2020 game in Amsterdam on Sunday.
byLateef Idris
No comments 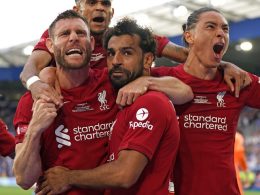 Former Manchester United star, Robbie Savage, has backed Liverpool to finish in the top four positions on the Premier League table this season under their manager, Jurgen Klopp.
byLateef Idris
No comments

Some rogue Nigerian soldiers have opened fire on police operatives, who arrested a suspected kidnap kingpin in Ibi,…
byTayo Aderinola
14 shares
14
0
0
No comments