The victim’s name could be ascertained as of the time of the incident, but sources hinted that she is the mother of a communication giant and Chief Executive Officer of SLOT, Mr. Nnamdi Ezeigbo.

According to information made available to newsmen by a family member, who do not want his name mentioned, the incident happened on Sunday morning when the victim was on her way to church at Nsukwe Ubakala in Umuahia.

He said, “The kidnappers were waiting patiently for her to come to Assemblies of God Church Nsukwe Ubakala where she worships. They took her away to an unknown place”.

Asked if the suspected kidnappers have contacted the victim’s family for ransom, he said,”no. We have not heard from them. As I am talking to you, the family is in deep shock over the kidnap of the old woman”.

Meanwhile, efforts by DAILY POST to reach the Public Relations Officer of the Abia State Police command, Mr. Geoffrey Ogbonna for confirmation were unsuccessful as phone calls put to his mobile line could not go through. 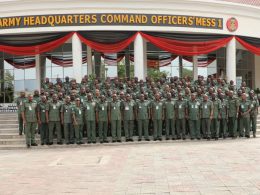 The Chief of Army Staff (COAS), Lt Gen Faruk Yahaya has averred that the operational successes recorded by troops of the Nigerian Army (NA) in the North East and across other theatres of operations have received global recognition, particularly considering the drop in the global index. The COAS made the assertion today Tuesday 15 March 2022 while declaring open, the Chief of Army Staff First Quarter Conference 2022 at the Army Headquarters Command Officers' Mess 1, Asokoro Abuja.
byLateef Idris
No comments 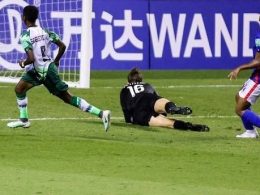 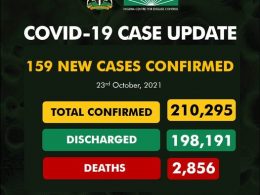 On the 23rd of October 2021, 159 new confirmed cases and 1 deaths were recorded in Nigeria
byLateef Idris
No comments