The protesters, who also took their case to the residence of a former Ogun State governor, Chief Olusegun Osoba, demanded that the two party leaders should “release”  Senator Adeola (aka Yayi), to contest the 2019 Ogun State APC governorship ticket.

But, Adeola said yesterday in a statement by his media adviser Kayode Odunaro, that he never authorised nor was consulted by the protesters.

He said: “I concluded my consultations in Ogun State over a month ago with a commitment to continue to serve my constituents and the political party in Lagos West.

“The protest to the residence of our National Leader, Asiwaju Tinubu, is embarrassing and presumptuous. It was organised in bad faith. I was not consulted before the protest as the protesters stated themselves.

“It was not with my support or endorsement. And as the late MKO Abiola stated in such a situation, you cannot “shave someone’s head in his absence.”

Senator Adeola said his effort for re-election as senator representing Lagos West has received wide acceptance by leaders and supporters of the APC at various levels, adding that more than ever before, his commitment to continue to serve the good people of Lagos West without any distraction has been rekindled.

The Senator appealed to all his admirers to respect his wish to continue to serve the good people of Lagos West Senatorial District.” 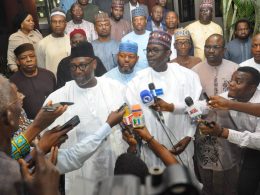 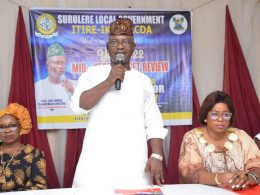 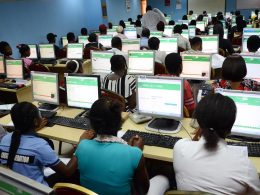 The Joint Admissions and Matriculation Board, JAMB, on Thursday, said it has, so far, registered over 500,000 candidates for the 2022 Unified Tertiary Matriculation Examination (UTME).
byLateef Idris
No comments

On the 5th of December 2020, 310 new confirmed cases and 1 death was recorded in Nigeria Till…
byTayo Aderinola
No comments