The Lagos State Traffic Management Authority (LASTMA) on Wednesday lauded motorists and commuters for their understanding, support and cooperation since the State Government commenced massive road rehabilitation across the State, revealing that a new strategy has been mapped out to enhance free-flow of traffic.

The State Government under the leadership of Governor Akinwunmi Ambode, had earlier in the year, embarked on massive road construction, rehabilitation and construction of bridges across the State to ease movement of commuters and motorists and as well place the State on sound pedestal for sustained economic growth and development.

Addressing critical stakeholders on the construction work in the State, LASTMA’s General Manager, Mr. Olawale Musa specifically commended motorists and members of the public for the perseverance and patience so far displayed since the commencement of the construction.

He said the commendation and the need to encourage the people to continue to cooperate with traffic officials became more imperative now that the construction works were approaching critical stages of completion across the State.

Speaking after conducting the stakeholders round critical traffic choke points in some parts of the State, Musa said: “The ongoing construction, expansion and rehabilitation of roads are deliberate efforts of the State Government to improve standard of living, road security, commerce and socio-economic development capable of placing the State in the comity of modern cities with state-of-the- art road infrastructural facilities.

“As an agency, LASTMA is not oblivious of traffic gridlock being experienced when magnitude of roads are being constructed simultaneously in a complex and populated city like Lagos, but we like to first appreciate motorists, commuters and indeed the general public for their patience, perseverance and cooperation so far, and as well assure them that when the roads are finally completed, the benefits will outweigh their current experience.”

The General Manager said a critical look at those roads would show that the projects were being executed assiduously to meet standard and delivery time, saying in the meantime, a new strategy had been mapped out to enhance free-flow of traffic.

“Already, LASTMA has mapped out new traffic control management strategy that will increase flow of traffic on all the construction areas in the State through deployment and retraining of key officers on effective traffic management in a complex environment.

“The current gridlock being experienced by motorists on Lagos – Abeokuta Express Road and Murtala Muhammed International Airport Road are temporary. As we speak, we are working with the construction companies in order to ameliorate traffic on those axis by constantly reviewing project implementation time, flow of traffic, opening up of alternative routes and deployment of LASTMA officials at critical areas,” Musa said.

He, therefore, appealed to motorists to comply with directives of traffic officials and cooperate with them to enjoy stress-free journey, adding that there would be less traffic on the road with continued support and cooperation of the public.

He also urged motorists and commuters alike to report the indiscretion and wrong doing of any officer of the Agency for appropriate sanction, saying such remained the only way bad eggs could be flushed out from the system.

“LASTMA cannot do it alone. Members of the public see these erring officers more than we do and as such for the good of the State, such officers should be identified and reported appropriately,” Musa said. 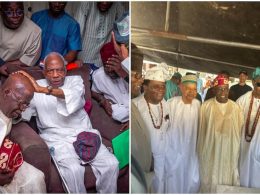 Our agenda for Tinubu, by Afenifere 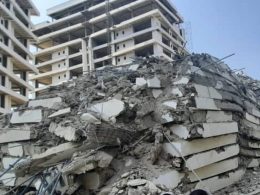 Ikoyi building collapse: Osibona didn’t give our officials access to the site – Agency

Asiwaju Tinubu believes in the right of Nigerians to freedom of expression, assembly, and protest – Rahman

The National Leader of the All Progressives Congress (APC), Bola Tinubu has denied that he is among the…
byTayo Aderinola
No comments