The Rice Farmers Association of Nigeria (RIFAN) has commended the federal government’s decision to shut down a neighbouring country’s border through which rice is smuggled on a large scale into Nigeria.

Alhaji Aminu Goronyo, President Rice Farmers Association of Nigeria (RIFAN), disclosed in Abuja on Tuesday that the closure of the border would encourage the patronage of local rice.

“If adequate measure is not taken to stop the activities of the smugglers, it would have adverse effects on the bumper harvests expected from the rice revolution and create rice glut,’’ he said.

Chief Audu Ogbeh, Minister of Agriculture and Rural Development, had announced that government would shut down a neighbouring border soon.

The minister explained that rice are being smuggled into Nigeria through the unnamed country in spite of efforts to prevail on the country to curb the menace.

Goronyo said the move has become imperative because the ongoing rice revolution undertaken by many state governments and strategic interventions by the Federal Government agencies must not be jeopardised.

“It is a step in the right direction to ensure self-sufficiency for the country to make progress, crash the market prices of locally produced rice and for the huge investment on rice production to be meaningful.

He said even though the importation of rice through the land borders was banned since April 2016 with an extension to the restriction of rice into the Nigerian market from the Export Processing Zones (EPZ), yet smugglers still engaged in the unwholesome act.

Goronyo said that long before now RIFAN and the Nigeria Customs Service has signed a Memorandum of Understanding (MoU) to fight rice smuggling through land borders into the country.

RIFAN President said the joint efforts has reduced the activities of the smugglers because the smuggled rice coming into Nigeria is just five per cent of what we consume, and the rice is coming through the informal sector.

“Any smuggler bringing rice into the Nigerian market will have to think twice because it is no longer a profitable venture the landing cost of a 50kg bag of imported rice is now N20,000.

“So calculate how much will it be sold for the venture to be a profitable one, it’s not worth the smuggling,’’ he said.

He said to achieve the laudable feat the Comptroller-General ordered the deployment of capable officers and men to borders to enforce the order.

Goronyo added that the customs had also re-organised its anti-smuggling patrols to provide additional capability, to enforce the ban of rice import through the land borders.

The RIFAN President commended the customs officials for taking the giant stride to reinstate the confidence of the RIFAN and assuring the farmers of adequate markets for their products.

He said that in 2015, Nigerians spent not less than N1 billion daily on rice consumption, adding that while spending had drastically reduced, consumption had increased because of increased local production of the commodity.

Goronyo said available data showed that the consumption rate now is 2 million tonnes, while the production rate is 5.9 tonnes per annum.

He commended the efforts of President Buhari for investing adequately in rice production adding that his policies had enhanced the progress made so far in the country.

Goronyo assured Nigerians that with the sustained implementation of the Anchor Borrowers’ Programme RIFAN is working towards achieving self-sufficiency in rice production by 2020. 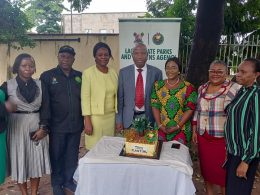 The Lagos State Parks and Gardens Agency (LASPARK) has held its second-quarter commemorative tree planting session to celebrate Permanent Secretaries whose birthdays fell between the months of April and June 2022.
byLateef Idris
No comments 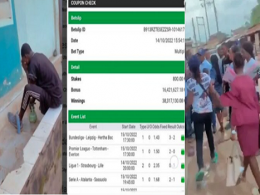 An unidentified man has become a multi-millionaire after placing a bet on sports betting site with only N800.
byTayo Aderinola
1 share
1
0
0
No comments 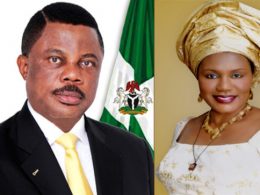 In the last eight years, former Governor of Anambra State, Willie Obiano, and his wife, Ebelechukwu were swimming in opulence. They were the first family in Anambra State, everything revolved around them, they controlled the machinery of the state and what have you.
byLateef Idris
No comments 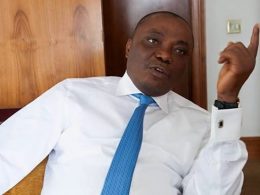