The culture and tourism sector, which was comatose for many years, got a major financial boost between 2013 and 2014 with the Ministry of Culture, Tourism and National Orientation receiving the sum of N350 million from the Subsidy Reinvestment Programme (SURE-P) to construct, rehabilitate and restore select tourism sites in the country.

The idea, The Nation gathered, was to make more local and foreign tourists visit the sites so they can serve as revenue sources for government. Additional sum of N250 million was later released to the ministry to bring the total sum to N600 million.

Following the gesture from the Federal Government, the ministry reportedly told former President Goodluck Jonathan at a tourism stakeholders’ meeting held at the Presidential Villa, Abuja in January 2014 that it had achieved 100 per cent completion of the projects. Nothing, however, could be further from the truth.

Our correspondent’s visits to some of the project sites showed that many of the projects the funds were meant for were never done, while the few that were done were not executed according to the contract details.

The only lock-up shop that was found at the tourist site was, according to the tour guide, constructed by the administration of a former governor of the state, Dr Kayode Fayemi. The tour guide believed that the project could have played a significant role in attracting local and international visitors to the tourist site if it had been executed.

He said: “The site of Ikogosi Cold and Warm Spring you used to know is no longer in existence; it is now a shadow of what it was when the Fayemi administration was in charge. The infrastructural facilities are fast falling apart, and that is discouraging visitors from coming. If the project you mentioned had been executed, we would at least have had lovers of art and craft coming here.

“Not only would art lovers patronise the place, art and craft exhibitions could be hosted there to attract guests from different parts of the country and beyond. There would also have been employment opportunities for more people.”

The  Ikogosi  scenario also  played out when our correspondent visited the National Museum located in Ikot Ekpene area of  Akwa  Ibom State. Entering the   premises,

our correspondent  found  only  a building at its centre with parts overgrown with weeds.

Out of curiosity, our correspondent visited the adjoining building, in spite of the wall between them, to see if it was an extension of the museum. The building turned out to be a branch of Methodist Church. And contrary to the tourism ministry’s claims, there was no evidence of an art and craft shop in the area.

The story was a little different when The Nation visited the National Museum of Colonial History, Consulate Building, Aba, Abia State, where about N8.5 million was budgeted for the renovation and rehabilitation of the site.

A top official at the museum told our correspondent that the ministry came to the museum in 2014 to give the place a facelift and not any form of overhaul or reconstruction. And in spite of what the official described as a facelift, the inside of the museum was stuffy and pitch dark except for the reception which had an electric bulb illuminating it.

Our correspondent could only be conducted round the premises by the tour guide with torchlight. A stakeholder in the industry, Okechukwu Eze, said the monetary value of the work done at the Aba museum could not have been more than N1.5 million.

He said: “Let us put the replaced roof at N700,000, the borehole at N300,000 and the painting at N500,000. Is that not N1.5 million? You can see that the money spent was nothing close to what was collected. If a need assessment on what is required to improve the museum had been properly carried out, the museum would have witnessed some visible growth in terms of patronage and popularity.”

The Nation’s findings were amplified by the report of a Sure-P team which assessed the implementation of the projects the ministry got funds to execute in 2014. The committee had Chike Okogwu of Culture and Tourism ministry as the convener, with Audu Maikori and Garba Mohammed as sub-committee members.

It was gathered that the report of the committee was sent to the 7th Senate, which used the findings to petition the Economic and Financial Crimes Commission (EFCC). This, The Nation learnt, formed the basis for EFCC’s invitation and questioning of a former permanent secretary of the Ministry of Culture, Tourism and National Orientation in 2015.

A member of the committee, who projects as a scam, saying that no contractors were engaged for their execution. “When the fund was released to the ministry, they paid it into a UBA account and left out Sure-P officials as signatories. That was why they could withdraw the money and do it the way they liked,” he said.

“After rigorous consideration of 2014 work plan submitted by the ministry and subsequent approval by SURE-P, the amount stated above was released to the ministry for implementation as approved.

“The assessment visits were sequel to a number of meetings held with various  trade unions within the Federal Ministry of Tourism, Culture and National Orientation, where the union leaders expressed reservation about the manner the ministry was going about the implementation of projects under SURE-P funding. Hence the decision to carry out joint assessment visits to the project sites to enable the team to verify the level of implementation of its projects as captured in the 2014 work plan.”

Assessment team’s findings at some of the sites visited

Construction of Nok Museum, Nok, Kaduna: This particular museum was selected for construction to enable some of the Nok artifacts which were recently returned from Germany to be housed in the museum. Nok artifacts are one of the best in Sub Sahara Africa, hence the need to construct and equip a museum to safely preserve them. When the team visited the project site, construction of the Museum was yet to commence, even though the ministry had paid some monies to contractors for the project.

Rehabilitation of Slave Trade Museum, Calabar: This museum is one of the most important tourist destinations in Cross River State. The team observed that the ministry had awarded contracts for projects that did not exist at the project site. Whereas the access roads at the museum were well tarred and maintained, the ministry went ahead to award contract for construction of access road to the museum. Similarly, the ministry awarded contract for electrification of the museum whereas the museum had been provided with electricity supply and was properly electrified. The team, however, observed that a 10 KVA generator was provided to the museum.

Tourism embellishment of six airports namely Kano, Calabar, Abuja, Lagos, Enugu and Port Harcourt airports: The purpose of this project was to showcase the various tourism and cultural potential of the various states to in-bound visitors at our airports. This was aimed at encouraging visitors to visit the sites that would be at display and enhance ‘accessible tourism’ for the benefit of persons living with disabilities at the airports. The sum of N30 million was budgeted for this exercise. The team, however, observed that the contractors engaged to do these embellishment did a poor job at the airports. It was observed that just a picture frame of about 21 inches was provided at these airports, apart from Enugu Airport which had about 8×20 flexible banner. At each of the airports, the cost of those picture frames that served as tourism embellishment could be estimated at nothing more than N50 million only.

Training: The purpose of including the training component in the work plan was to build the capacities of operators in the sector for more efficiency in service delivery. The technical staff of the implementation unit and secretariat and some other tourism professionals were also billed to be trained under this component. At the time of compiling this report, however, none of such training had taken place. This is in spite of the huge sums already paid out by the ministry for this purpose.

Project Management: This component was included for effective management of the project. Budget provision was made for procurement of laptops and office stationeries, among others. But there was no evidence that the ministry had made such procurements at the time of compiling this report. The team, in its conclusion and recommendation, stated: “After successfully assessing the level of implementation of 2014 work plan of Culture and Tourism Project, just as in 2013, the level of implementation generally could be described as very poor. In some cases, implementation was yet to commence. In project sites where implementation had begun, implementation was going at a very slow pace and the quality of work is very poor. In some other cases, contracts for project activities that do not exist were awarded by the ministry. In most of the project sites, implementation was not going on as originally designed.

Efforts made by our correspondent to speak with former Minister of Culture and Tourism, Chief Edem Duke, during whose tenure the ministry received the funds, were unsuccessful. Calls and text messages sent to his mobile phone were initially not responded to. When he finally did, it was with a tone of exasperation. “Abeg, abeg, abeg, commot for my front (please, please, please, get away from my sight) What Sure-P fund? Am I working in the ministry? Okay, sorry, I have no comment, I beg you,” he said.

The Desk Officer of the project, Dr Paul Adalikwu, also did not respond to the reporter’s calls and text messages. Calls and text messages our reporter sent to the Minister of Culture and Tourism, Alhaji Lai Mohammed, to know if any sum had been recovered from the said funds, had also not been responded to at press time.

Also contacted, the spokesman of the Economic and Financial Crimes Commission (EFCC) declined comments on the purported invitation and questioning of a former permanent secretary of the ministry. Wilson Uwujaren, the Head of Media and Publicity Unit of the commission, neither answered the calls made to his mobile phone nor replied to the text message sent to him on February 5, 2018.

A fresh effort our correspondent made to reach him on Wednesday, July 25, 2018 also yielded no result as he neither answered the call nor replied to the text message sent to him.

.This Investigation is supported by the John D. and Catherine T. MacArthur Foundation and the International Centre for Investigative Reporting. 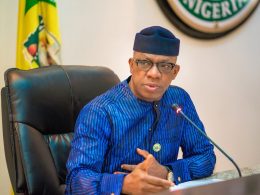 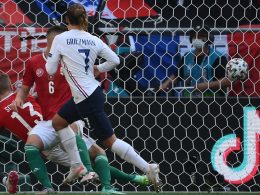 Antoine Griezmann salvaged a 1-1 draw for France against Hungary in Budapest as the world champions missed the chance to clinch a place in the Euro 2020 last 16 on Saturday.
byLateef Idris
No comments

One Taiwo Akinlusi, popularly known as Sir Tee among his football fans meet his untimely death on Saturday,…
byTayo Aderinola
No comments