FIFA has called on the teams participating in the controversial Qatar World Cup to “focus on football” and stop “handing out moral lessons” in a letter revealed by Sky News on Thursday.

FIFA has called on the teams participating in the controversial Qatar World Cup to “focus on football” and stop “handing out moral lessons” in a letter revealed by Sky News on Thursday.

Qatar has faced criticism for its human rights record on the treatment of foreign workers on major infrastructure projects for the World Cup, on women’s rights and LGBTQ rights.

Homosexuality is illegal in the Gulf state and captains from a number of leading European countries, including England, France and Germany, will wear armbands in rainbow colours with the message “One Love” in an anti-discrimination campaign

“We know football does not live in a vacuum and we are equally aware that there are many challenges and difficulties of a political nature all around the world.

“But please do not allow football to be dragged into every ideological or political battle that exists.”

After the Australian players’ criticism, a World Cup spokesperson said imposing “robust” labour laws had also been a “challenge” for Australia.

Earlier this week, the Arab League states slammed criticism of Qatar as a “defamation campaign” ahead of the tournament.

“One of the great strengths of the world is indeed its very diversity, and if inclusion means anything, it means having respect for that diversity,” continued the FIFA letter.

“No one people or culture or nation is ‘better’ than any other.”

He also accused some of the country’s critics of “racism”.

“They don’t want to allow a small country, an Arab country, an Islamic country, to organise the World Cup,” Marri said.

The training camp for the national men’s football team the Super Eagles will open Monday, November 9 in…
byTayo Aderinola
No comments 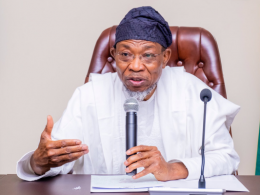 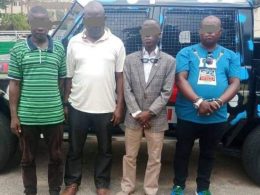 Operatives of the Rapid Response Squad (RRS) have arrested four suspects for extorting motorists in the State while posing as officials of the disbanded Lagos State Committee on the Removal of Abandoned Vehicles (RAVC).
byLateef Idris
No comments