Endorsement posters for the president’s reelection in 2019 were spotted in Abuja on Thursday.

Campaign posters endorsing President Muhammadu Buhari for a second term in the 2019 presidential election were spotted in major streets of Abuja on Thursday, December 13, 2017.

According to a report by Premium Times, the posters bearing the image of President Buhari and Vice President Yemi Osinbajo were pasted on structures located on major streets as well as bus shelters.

The posters bore the inscription, “We endorse you for 2019: Courtesy: Niger Delta Youths, Women and Security Movement For Buhari/Osinbajo”, and was sponsored by a certain Comrade Felix Ubokan whose picture also featured on the posters.

The posters come as talks surrounding the 2019 presidential elections have begun to dominate discussions in political circles.

While the president has refused to formally declare his intention to seek reelection in 2019, he has flirted around the topic in recent weeks.

While meeting with the Nigerian community in Abidjan, Cote d’Ivoire last month, the president explained that he was accompanied to the meeting by two state governors because it will “be another vote for me in the future.”

Also, while speaking during a two-day visit to Kano State last week, the president, said he’s confident of winning reelection particularly due to the crowd turnout.

“I am overwhelmed by the sea of people I see, and by what I see today, if elections are contested I will no doubt win it,” he said. 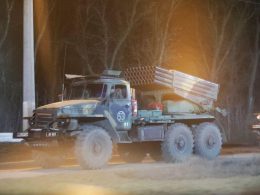 The Centre for Democracy and Development (CDD) has tasked the Federal Government to “step-up and double” its efforts towards the total evacuation of Nigerians caught in the conflict between Russia and Ukraine.
byLateef Idris
No comments 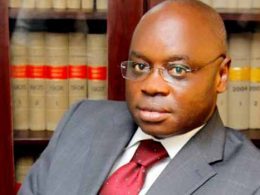 The Supreme Court has set aside the conviction and 30 days sentencing of a senior lawyer, Joseph Nwobike.
byTayo Aderinola
No comments 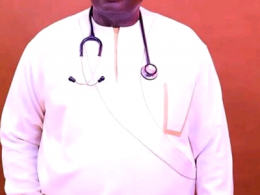 Obumneme, a son of Dr. Chike Akunyili, says his father was killed on Monday evening when he was returning from a commemorative lecture in honour of his late wife, Dora.
byLateef Idris
No comments