The Lagos State APC Presidential Campaign Committee (PCC) has sought the cooperation and understanding of residents, regarding the diversion of traffic around the Teslim Balogun Stadium, the venue of its rally billed for Saturday.

The Lagos State APC Presidential Campaign Committee (PCC) has sought the cooperation and understanding of residents, regarding the diversion of traffic around the Teslim Balogun Stadium, the venue of its rally billed for Saturday.

The party said arrangements had been concluded for “an epoch-making carnival-like” rally for the party’s Presidential Candidate, Asiwaju Bola Ahmed Tinubu and his running mate, Sen. Kashim Shettima.

Senator Ganiyu Solomon, the Lagos state PCC Director General and Chairman, of the Local Organising Committee of APC presidential rally, disclosed this in a news conference on Wednesday at the Raddison Blu Hotel, GRA, Ikeja area of Lagos.

Sen Solomon said the APC presidential rally had been scheduled to hold on Saturday from  11:00 a.m. to 2:00 p.m., at the Teslim Balogun Stadium, Surulere.

“The event holds a promise for mass attendance by members of our great party and the general public because of the popularity of our presidential candidate, Asiwaju Bola Ahmed Tinubu.

“I wish to seize this opportunity to invite all our party leaders and members to this epoch-making and carnival-like event as it gives an opportunity for our presidential candidate to address the people on his manifesto aptly tagged: ‘RENEWED HOPE’.”

According to him, as a responsible political party, it is imperative to seek the cooperation of members of the general public as regards the need for temporary diversion of traffic and mass movement of supporters within the vicinity of the rally.

He urged all participants to be of good and peaceful conduct, assuring that, “the Nigerian Police Force, LASTMA and other law enforcement agencies will be fully mobilised to ensure an event devoid of the security infractions and traffic disruptions.”

On the anticipated number of supporters at the rally, Sen Solomon said the committee was expecting a “full house” of supporters, hence the plan not to leave any stones unturned to make sure the exercise was hitch-free.

In his remarks, the APC State Chairman, Lagos, Pastor Cornelius Ojelabi, , said that a mammoth crowd of Asiwaju Tinubu’s supporters and party members would attend the rally without being coerced, saying residents would show their love for the presidential candidate, who is staging a homecoming appearrance.

Pastor. Ojelabi said adequate arrangements had been made for a peaceful and successful rally.

The National Youth Leader of the party, Hon Dayo Israel, said the party’s National Working Committee (NWC), party officials, support groups and members were all excited to come to Lagos state for the rally.

“We are all turning up for Asiwaju. We can show the whole world that Lagos is for Asiwaju. Lagos is going to set the pace for all other states to follow,” Mr. Israel said.

The Spokesperson of APC Lagos and Chairman of Media and Publicity of the LOC, Hon Seye Oladejo said accreditation for journalists will be conducted on Thursday and urged the media to give the event the adequate publicity it deserves.

The event was attended by members of the PPC in Lagos state, APC’s state Executive Committee and other leaders and chieftains of the party. 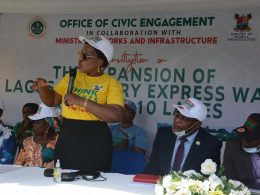 The Office of Civic Engagement, in collaboration with the Ministry of Works and Infrastructure, has met with stakeholders, community leaders and the motoring public on the rehabilitation and upgrade of the Lagos-Badagry Expressway to quicken the completion of the road project.
byLateef Idris
No comments 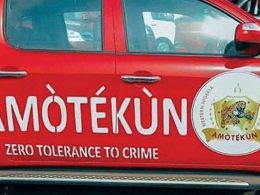 Angry youths took to the streets of Ibadan, the Oyo State capital, on Wednesday to protest the killing of a 15-year-old allegedly by operatives of the state’s security network, Amotekun
byLateef Idris
No comments 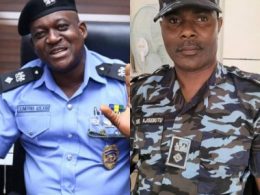 The Inspector-General of Police, IGP Usman Alkali Baba, NPM, fdc, has approved the posting of CSP Olumuyiwa Adejobi, the Police Public Relations Officer, Lagos State, to the Force Public Relations Department, Office of the Inspector-General of Police, Force Headquarters, Garki Abuja while CSP Adekunle Ajisebutu has been posted and taken over as the new PPRO Lagos State Police Command with effect from Friday, 6th August, 2021.
byTayo Aderinola
No comments