byTayo Aderinola
2 minute read
Total
9
Shares
9
0
0
The Presidential Election Petition Tribunal (PEPT), sitting in Abuja has slated September 13, 2019, to decide the fate of President Muhammadu Buhari in the petition challenging his election in the February 23 general election filed by the Presidential candidate of the Peoples Democratic Party, (PDP), Alhaji Atiku Abubakar and his party.
The seven-member panel of justices of the Court of Appeal, headed by Justice Muhammed Garba had last week reserved a date to deliver judgment in the petition, after parties adopted their final written addresses.
The Electoral Act provides that an election petition should be filed, heard and determined within 180 days.
Atiku and his party had filed a petition before the Tribunal challenging the outcome of the presidential poll that handed a second term in office to President Muhammadu Buhari.
The petitioners joined the Independent National Electoral Commission (INEC), Buhari and the All Progressives Congress (APC) as first to third respondents.
Some of the grounds on which the petition is anchored include substantive non-compliance with the electoral laws, intimidation, suppression of voters in the stronghold of opposition among others.
Atiku specifically claimed he won the presidential poll going by results obtained from INEC’s central server and as such the Tribunal should nullify the election of Buhari and declare winner in his stead.
On July 19, Atiku and his party closed their case after calling 62 witnesses and tendered over 50, 000 documents to prove their case of alleged rigging over voting and non-compliance with the Electoral guidelines.
The 62 witnesses called include a foreign Information, Communication and Technology ICT) expert from Kenya, David Ayu Nyango, and a local data analyst, Joseph Gbenga to buttress testimonies of their agents at the unit, wards, local government and State levels of the alleged abnormalities during the conduct of the presidential poll, which according to the petitioners’ last witness, Osita Chidoka is the most costliest election ever conducted by Nigeria.
While INEC and the APC did not call any witness in their defence, Buhari abruptly closed his defence after calling seven witnesses and tendered some documents.
Buhari told the tribunal yo dismiss the petition filed by Atiku and his party challenging his election for being vague and based on hearsay.
Tribune
Total
9
Shares
Share 9
Tweet 0
Pin it 0 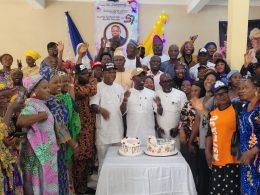 Ojodu LCDA prays for Sanwo-Olu at 57 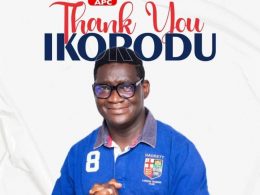