President Muhammadu Buhari met with the British monarch, King Charles III, on Wednesday, at the Buckingham Palace in London, England.

Special Assistant to the President on Digital and New Media, Tolu Ogunlesi, confirmed the meeting with pictures of Buhari and his host, King Charles III.

As at the time of filing this report, there was no official narration from the Presidency on the meeting yet but it is believed Buhari was on courtesy visit to the palace.

The President has been in London for a routine medical check-up since October 31 and is expected back in a matter of days.

King Charles III had written to the Nigerian President, sympathising with him over the devastating floods that have killed hundreds and displaced millions in the West African nation.

“Your Excellency, Dear Mr President,” the monarch began in a letter to Buhari. “I wanted you to know how deeply saddened both my wife and I are to hear of the many people who have lost their loved ones and whose lives have been so dreadfully affected as a consequence of the devastating floods across Nigeria.

“We remember with the greatest affection our visits to Nigeria and the kindness of the people we met.” 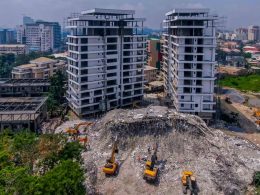 Lagos State Government, on Thursday, is set to demolish two uncompleted high-rise and remains of the collapsed building structures on the site of a 21-storey building that collapsed on Gerrard Road, Ikoyi, 1st November. 2022.
byTayo Aderinola
No comments 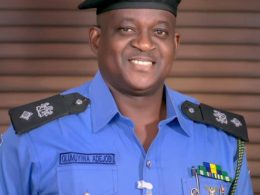 Three informants for a ransom syndicate who kidnapped the wife and two children of Katsina lawmaker Ibrahim Aminu, have been arrested.
byLateef Idris
No comments 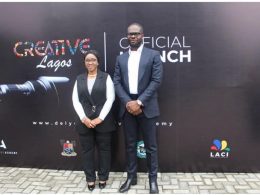