President Muhammadu Buhari, on Thursday directed Ministries, Agencies and Departments (MDAs) yet to defend their 2018 budget proposal before the National Assembly (NASS) to do so without delay.

The directive is to fasttrack the passage of the 2018 budget and be able to spend the money on key national needs including security and development infrastructure.

The Secretary to the Government of the Federation, Mr Boss Mustapha, said this while briefing State House correspondents on the outcome of the meeting held between the President and NASS principal officers at the State House.

Senate President Bukola Saraki and Yakubu Dogara, Speaker of the House of Representatives, along with their principal officers attended the meeting.

Saraki described the outcome as ‘a good development’.

Boss Mustapha said: “Mr President has given instructions that all ministries and parastatals should ensure that they appear before the National Assembly to defend their submissions so that we can get this out of the way.

“This is a very dynamic year, there are preparations for elections and we are having quite a number of security challenges.

“And so if we do not appropriate, where will the money come from to be able to prosecute some of the assignments the Federal Government has in the appropriation of 2018.

“So this is a very good meeting; we intend to build on it. It is a confidence building mechanism and it is an interface that would definitely get a new dimension of the governance of this country for the betterment of the people of Nigeria,’’ he said.

On the Bills rejected by President Buhari, the SGF said it was part of the legislative process as it was not everything that the NASS passed that would go as passed.

“The President has overall picture of how to approach matters in this country when it involves issues of legislation.

`When he holds back his assent, he normally advances reasons why he did not do it and it should be looked at from the context of the reasons that he has adduced,’’ he said.

He said that the process of the interface would lead to amicable resolution of all the matters.

The SGF said it was a harmonious meeting between the executive and the legislature aimed at building a very harmonious working relationship.

According to him Buhari gave an update on what he was doing about the economy, security and job creation.

He explained that in the past few weeks the president had visited about three locations in the country all in an attempt to build confidence into the hearts of the people of the country.

He noted that the meeting also discussed the processes in the NASS with regard to the budget and the need to speedily conclude on the budget.

The Senate President, Dr Bukola Saraki described the meeting as a good one, being an interaction between the executive and the National Assembly leadership.

According to him, the meeting discussed broad issues on security, budget, while the NASS executives also asked some questions about some issues and pressed the observations they had on such issues.

“It was a very good meeting and it gave us the opportunity to share our own views about the areas we needed to so that we will be well informed on them.

“It was a good development,’’ Saraki added.

He explained that logistic challenges made it difficult for the meeting to hold earlier than now.

He said NASS was working to pass the budget, but noted that some agencies have not appeared to defend their appropriation.

“We are hoping that things would speed up now and that they will come and submit the details, he said.

He said that the meeting did not discuss the bills passed by the NASS which the President declined assent.

The Federal Executive Council (FEC) has approved a new bill seeking to increase the retirement age of teachers from 60 to 65 years.
byTayo Aderinola
No comments 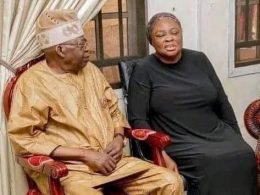 The Presidential Candidate of the All Progressives Congress, Asiwaju Bola Ahmed Tinubu has paid a condolence visit to the home of Lagos State Commissioner for Commerce, Industries and Cooperatives, Dr. Mrs. ‘Lola Akande who lost her beloved husband, Dr. Kolapo Akande.
byTayo Aderinola
No comments 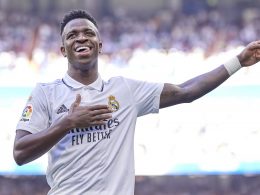 In a statement via its website on Friday, ahead of their LaLiga derby with Atletico Madrid this weekend, Real Madrid said that the club had directed its legal services to take legal action against anyone who uses racist expressions toward their players.
byTayo Aderinola
No comments