Premium Times, a popular online newspaper, has sacked its Jos-based reporter, Mr. Andrew Ajijah, over a false story credited to Miyetti Allah on the mayhem in Plateau in which 100 people were killed.

The management of Premium Times has also resolved to apologise to Mr. Danladi Ciroma, the North Central leader of the apex cattle breeders’ organisation over the story published on June 25.

The story with the headline, “Killing of nearly 100 people in Plateau ‘retaliatory’ — Miyetti Allah’’ turned out to be false.

The Premium Times had reported that the violence that erupted in 11 villages in some local governments was retaliation by the herders whose cattle were killed.

Mr Ajijah’s report in Premium Times quoted Ciroma as saying: “These attacks are retaliatory. As much as I don’t support the killing of human being, the truth must be told that those who carried out the attacks must be on revenge mission.”

“Fulani herdsmen have lost about 300 cows in the last few weeks – 94 cows were rustled by armed Berom youths in Fan village, another 36 cows were killed by Berom youths. In addition to that, 174 cattle were rustled.”

Miyetti Allah distanced itself from the report that went viral and the insinuations that it justified the killings of over 100 people in Plateau State.

Ciroma was reported as saying that the killings were a retaliation of previous acts of deadly aggression against Fulani residents and pastoralists in the state.

PREMIUM TIMES published the alleged statement, which was the first to be attributed to Miyetti Allah in the wake of the chilling massacre.

The denial and strong protest by Ciroma led to an extensive investigation by the respected online newspaper which discovered some infractions on the part of the reporter.

“While Mr Ciroma acknowledged speaking with a reporter on Monday in Jos, he insisted to PREMIUM TIMES that he did not make the statement credited to him. In fact, he said what he told the reporter was the opposite of what was reported.

“I told the reporter that leaders at the local and national levels should come together and resolve this crisis before it is too late,” Mr Ciroma said by telephone Wednesday night, protesting strongly the comments attributed to him.

“An internal investigation by PREMIUM TIMES found that there was no recording of any interview in which Mr Ciroma made the statement, neither was any statement signed or circulated by him that contained the quotes.

“The error was traced to our outstation reporter based in Jos, whose failure to properly attribute the source of the purported statement by Mr Ciroma misled the editors into believing that it was e-mailed to the reporter.

“The reporter filed the story on Monday morning based on ‘a statement’ from Mr Ciroma. But checks by PREMIUM TIMES following Mr Ciroma’s protest on Wednesday afternoon showed that the quotes were lifted from The Nation Newspapers.

“The Nation’s reporter in Plateau State also circulated the quotes in the WhatsApp group of reporters on the government house beat in Jos, telling his colleagues they were the full transcription of his interview with Mr Ciroma.

“The reporter later admitted to PREMIUM TIMES that he did not have a recording of his call with Mr Ciroma, but said the quotes mirrored the Miyetti Allah leader’s position on the latest killings in Plateau State.

“The Nation published the purported quotes by Mr Ciroma hours before our reporter in Jos lifted it without attribution, thus misleading his editors in Abuja.

“PREMIUM TIMES management has initiated an ethics and professional review of the reporter’s work; how it came to be that his sourcing for the story fell below house standards, and how his documentation fails to measure up to expected standards for verification and accuracy.

“Even if Mr Ciroma made the purported statement, newsroom managers agreed yesterday, the expectations would be to report it with proper recording or digital footprints, for the simple reason that ethical journalism places the onus on the reporter to document proof of sources’ contribution to a story.

“When one of the editors on duty called our reporter to find out how the story was sourced shortly before passing it on Monday morning, he said it was personally sent out by Mr Ciroma. This turned out to be the WhatsApp group broadcast by The Nation reporter, which several other Jos-based print and electronic correspondents sent to their respective media organisations throughout Monday.

“This again brings to fore the limits of a common culture in Nigerian beat reporting where correspondents share stories amongst themselves in the manner of pool reporting. While journalists cannot be at two or more events simultaneously, standards in ethical reporting require reporters to ensure thorough verification of any second-hand information”.

PREMIUM TIMES publisher, Dapo Olorunyomi, admitted in a meeting with newsroom senior editors yesterday that the paper was substantially in error with respect to its reporting on Mr. Ciroma’s role in the conflict in Jos.

“This is very much below the standards of verification we strive to maintain and for which we have come to earn the trust of our readers. As a first step, we are sending an apology letter to Mr. Ciroma regretting the mischaracterisation of his role, and assuring him that a disciplinary process is currently apace to ensure accountability for the breakdown in our editorial procedures.”

The controversial attribution to Miyetti Allah came as the media were facing allegations of bias in its coverage of the ongoing killings in the country.

In February, presidential spokesperson, Garba Shehu disparaged the media for its coverage of the killings. PREMIUM TIMES largely restrains from using potentially harmful stereotypes or slurs save for where authoritative references have linked an incident to a group pattern.

The Thursday’s meeting between the Minister of Labour and Employment, Dr Chris Ngige, and the leadership of the…
byTayo Aderinola
No comments 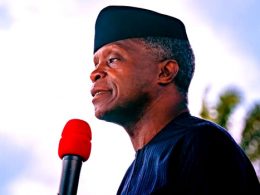 The Federal Government will continue to support Nigerian exporters through its agencies, bringing about necessary reforms to boost the growth of the country’s non-oil exports, according to Vice President Yemi Osinbajo, SAN.
byTayo Aderinola
No comments 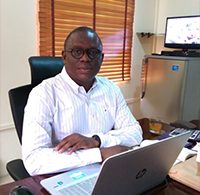 May 30th, 2021, she was at my gate about 7am to demand her own cake, purportedly from my birthday celebration of the previous day. In the course of the communication that ensued, she took me into confidence about something (great) in the offing, before end of this year (2021).
byLateef Idris
No comments