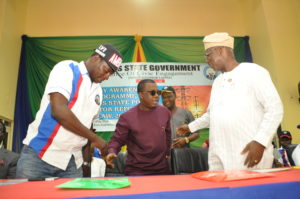 In fulfilment of its inclusive governance policy, the Lagos State Government, today organised a sensitization programme to educate members of the public on the Electric Power Sector Reform Law in the State.

Speaking at a forum held at Adeyemi Bero Auditorium, Alausa, Ikeja, the Special Adviser to the Governor on Civic Engagement, Mr. Benjamin Olabinjo disclosed that the State government’s decision to make a bold intervention in the Power sector has made it imperative to develop a legal framework for a sustainable Power Sector Development.

Olabinjo said the new law which focuses on providing sustainable power supply, will facilitate the development of an electricity infrastructure and develop an enabling environment for Embedded Power Sector Investment in Lagos.

According to him, “The new law recently assented to by Governor Akinwunmi Ambode is a major step at providing legal backing to the laudable efforts of the government towards ensuring adequate generation, transmission and distribution of electricity as well as a sustainable power supply in the State through an embedded power programme”.

He further explained that with the vision of making Lagos State a global economy and Smart City, the government is targeting the generation of about 3,000 megawatts of electricity off the National Grid, adding that without sustainable power there cannot be meaningful empowerment and development will be static.

Mr. Olabinjo revealed that the Power Sector Reform law has provided control mechanisms and specified the roles of every stakeholder to ensure the successful implementation of the reform as well as enhance private sector participation in the power sector.

While reeling out the impact of the reform to the State, the Special Adviser stated that the reform will enable and promote 24-hour economic activities which will enhance productivity, increase income, generate employment and improve the standard of living of the citizenry.

On his part, the Permanent Secretary, Office of Civic Engagement, Mr. Adesina Mohammed described the initiative as a major breakthrough in power sector which will positively influence the economic and social activities in the State.

“It is crucial for Lagos, as an economic hub of the country, to enrich the power sector to attract domestic and foreign investment”, he stated. 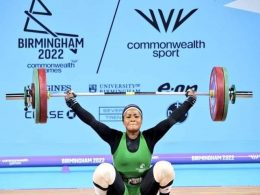 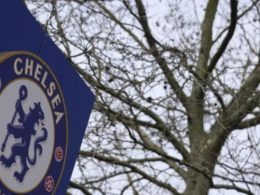 Turkish billionaire Muhsin Bayrak is the latest bidder to enter the race to buy Chelsea, his company AB Group Holding has confirmed to the PA news agency.
byTayo Aderinola
No comments