The Minister of Power, Works and Housing, Babatunde Fashola

Fashola said this on Friday in Calabar at the Federal Ministry of Power, Works and Housing 4th Edition Retreat for top directors, heads of units and chief executives of agencies and parastatals.

He said that although there was still more to be done, the ministry had moved forward from where it was three years ago.

NAN quoted Fashola as saying that “Three years ago, the story was that power generation was the main problem of Nigeria. The story was that the distribution companies were complaining that they did not have enough energy to distribute to Nigerians.

“We were distributing averagely 2,690 mega watts of electricity to Nigerians, but today, that story has changed, distribution has risen to 5,222 mega watts, an all time national high.

The minister added that the Federal Government was constructing roads in virtually all the 36 states some of which were through collaborative efforts as well as direct interventions.

According to him, the present administration has spent over N300 billion on roads construction since coming to power three years ago.

“Before this administration, there was no housing policy but now we have one.”

Fashola commended members of staff of the ministry for their support and team work, noting that without team work, the ministry would not have been able to achieve much.

He said that the theme of the retreat which is “Goal Setting and Goal Reaching for a Focused Team,’’ was meant to reinforce the team spirit while setting out on its goals in the next 90 days.

“It is a team that wins. We will go together as a team. If we bind together, everything is possible,” he said.

The Permanent Secretary, Ministry of Power, Mr Louis Edozien, said that the retreat was meant to appraise the performance of the ministry in the past 90 days.

Edozien, who was represented by a Director, Mr Ahmed Abdul, added that the retreat would also afford the top management the opportunity to strategise on the plan of action for the next quarter. 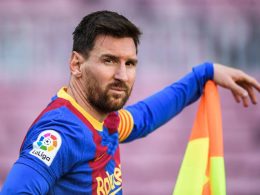 Lionel Messi will sign a new contract with Barcelona on August 5, Goal can confirm after the Spanish club received a significant loan payment from La Liga.
byLateef Idris
1 share
1
0
0
No comments

Lagos State Governor, Mr. Akinwunmi Ambode has extolled the contribution of the Manufacturing sector to the transition of…
byTayo Aderinola
No comments 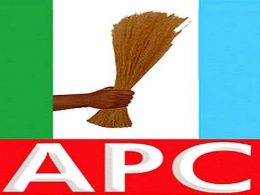 The Caretaker/Extra-Ordinary Convention Planning Committee (CECPC) of the ruling All Progressives Congress (APC) has distanced itself from a zoning arrangement list in circulation.
byLateef Idris
No comments