The Niger Police Command has killed seven bandits in Kumbashi village of Mariga Local Government Area of the state.

The Niger Police Command has killed seven bandits in Kumbashi village of Mariga Local Government Area of the state.

Ogundele Ayodeji, the Commissioner of police in the statement state, confirmed this to the News Agency of Nigeria in Minna on Thursday.

“We received intelligent reports on plan attack by the bandits on Kumbashi village and mobilise our personnel for prompt security action,” he said.

He said that Police tactical teams and local vigilante/hunters stationed at Kumbashi town engaged the bandits in a shootout and seven of the hoodlums were neutralised while others escaped with gunshot injuries.

Ayodeji regretted that two members of the vigilante group sustained bullet wounds and were taken to the Kontagora General Hospital for treatment.

Similarly, the Police command has arrested 17 suspected miscreants in different parts of Chanchaga and Bosso Local Government Areas of the state.

He said on Nov. 5, some miscreants around Angwan-Daji and Limawa areas engaged themselves in a fight with dangerous weapons, and as a result one Ashiru Tofa of Limawa area was stabbed to death.

Ayodeji said a combined team of police operatives mobilised from Area Commander and A Division, arrested 17 suspected miscreants at Angwan-Daji and Limawa areas.

He explained that the police arrested a notorious handset snatcher/thug, one Umar Aminu a.k.a Ogobin of Limawa, who usually disguised himself as a tricycle rider to rob victims of their personal belongings.

Ayodeji said that the suspect aided the police to arrest 17 other miscreants in different parts of the metropolis.

He said that all the suspects would be arraigned in court for diligent prosecution after investigation.

The police commissioner reassured members of the public that the command would not relent in its effort to ensure that all suspected miscreants were effectively dealt with in accordance with the law.

He reiterated the command’s commitment to explore the administration of criminal justice system and partner the judiciary towards diligent prosecution of the suspects.

He, however, urged members of the public, parents and guardians to cooperate with the police and other security agencies to achieve a crime-free state. (NAN) 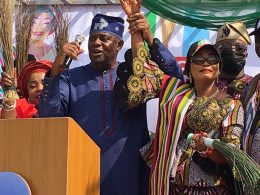 Lagos Panorama recently reports the Lagos State Independent Electoral Commission (LASIEC) has confirmed 24th of July 2021 for the conduct of the Lagos State Local Government Elections for Chairman, Vice Chairman and Councillors in the 20 Local Government Councils and 37 LCDAs, as aspirants gears up for the council elections, the Nigerian Institute of Journalism (NIJ) playground, Ogba, was filled to capacity by members and leaders of the All Progressives Congress (APC) Ojodu LCDA as the current Supervisory Councillor for Women Affairs and Poverty Alleviation (WAPA), Hon Kafayat Funmilayo Layeni officially declared her aspiration for the Chairmanship position of the LCDA on Saturday.
byTayo Aderinola
No comments 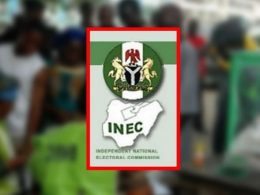 How parties can substitute candidates, by INEC

The Independent National Electoral Commission (INEC) yesterday outlined the conditions for the withdrawal of validly nominated governorship candidates from the 2023 race.
byTayo Aderinola
No comments