The Police Command in Lagos on Sunday confirmed the killing of Mr Francis Oguntulu, Deputy Chief of Staff to the Chairman of Oshodi-Isolo Local Government Area, by gunmen.

The Police Command in Lagos on Sunday confirmed the killing of Mr Francis Oguntulu, Deputy Chief of Staff to the Chairman of Oshodi-Isolo Local Government Area, by gunmen.

The command’s spokesman, Mr Benjamin Hundeyin, who confirmed the development to the News Agency of Nigeria (NAN), however said that no arrest had been made.

“The command is doing everything possible to apprehend Ogutulu’s killers. The State Criminal Investigation Department, Panti, is handling the case,” he said.

NAN sources indicated that gunmen, on Friday night, shot Oguntulu and some other persons at a social event on Adeyemi Street, Oshodi.

The attack left many injured with Oguntulu, apparently the target, suffering machete cuts in addition to several gun shots.

NAN learnt that the victims were rushed to a nearby hospital where Oguntulu was confirmed dead on Sunday morning and the corpse deposited at the Isolo General Hospital.

“The gunmen came unmasked and shot at close range at those at the party; clearly, Oguntulu was the main target as they concentrated on him, leaving him critically wounded,” the source told NAN.

Oloyede, in a statement, tasked the Police to fish out those behind the gruesome murder.

He also appealed to the residents to be calm and allow the Police to carry out a thorough investigation into the incident.

“We have lost a loyal, jovial and ever friendly man to the cold hands of death. The death came to us as a rude shock.

“We appeal to the Police to ensure that those behind the dastardly act are brought to book to serve as a deterrent to those planning similar evil.

“As we mourn, I appeal to our party men and women and all residents of our dear council to remain calm.

“We will never leave any stone unturned in this case. We will work with the Police in the course of the investigation,” he said. 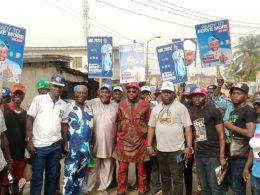 The All Progressives Congress (APC) Ikeja Federal Constituency campaign rally resumed on Friday after the Christmas and New Year break recording a huge success in Alade Ward B of Ikeja Local Government.
byTayo Aderinola
No comments 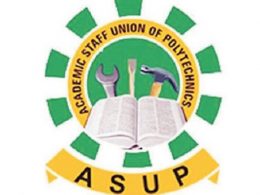 The Federal Government has praised the Academic Staff Union of Polytechnics (ASUP) for resuming duties after its warning strike.
byLateef Idris
No comments 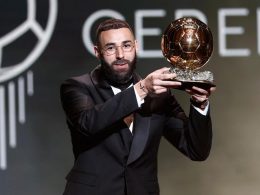 Real Madrid skipper, Karim Benzema has been awarded the 2022 men’s Ballon d’Or at a ceremony held in Paris.
byTayo Aderinola
No comments 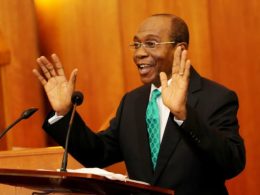 Coalition calls out CBN governor, Emefiele to vie for 2023 presidency

The Green Alliance (TGA), a coalition of civil and pressure groups has called on the Governor of Central Bank of Nigeria (CBN), Dr. Godwin Emefiele to immediately declare his interest to vie for the 2023 presidency.
byLateef Idris
3 shares
3
0
0
No comments