Three informants for a ransom syndicate who kidnapped the wife and two children of Katsina lawmaker Ibrahim Aminu, have been arrested.

Three informants for a ransom syndicate who kidnapped the wife and two children of Katsina lawmaker Ibrahim Aminu, have been arrested.

They were arrested in Katsina by operatives of the Intelligence Response Team of the Nigeria Police Force.

CSP Olumuyiwa Adejobi, the force spokesperson, disclosed in a statement on Sunday night.

He said, “Acting on credible information, operatives of the IRT have arrested a deadly kidnap for ransom syndicate who kidnapped the wife and two children of a serving lawmaker Ibrahim Aminu in Katsina State.

“Sequel to the intelligence reports on the activities of the deadly criminal gangs by IRT operatives attached to the Operation Restore Hope of the Force in Yankwani village and Kurani town, the team swung into action and arrested the suspects in their various hideouts.”

He noted that the three key suspects confessed to the crime during the investigation.

“IRT personnel arrested the key suspects Muttaka Ibrahim, Suleiman Rabiu, and Surajo all male natives of Bakori LGA for allegedly supplying the information that led to the assault on the lawmaker where his family members were taken into captivity.

“During the investigation, Muttaka Ibrahim confessed to the crime, saying that he and other gang members were informants to Sanni Tukur aka Abacha terrorising the people of the villages and towns in Katsina and Zamfara States.” 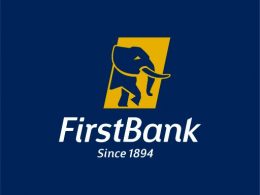 FIRSTBANK will keep financing infrastructure projects in the energy sector

Mrs. Oluwatoyin Aina, Head, Energy, Downstream and International Oil Trading, First Bank of Nigeria (PLC), says the bank has financed several projects in the energy sector and will continue to do so.
byTayo Aderinola
No comments 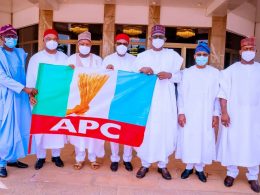 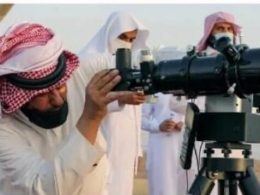 The Kingdom of Saudi Arabia, the custodians of Islamic holy sites said the moon is yet to be sighted and has declared that Eid-el-Fitr 2022 will be marked on Monday 2 May.
byLateef Idris
No comments 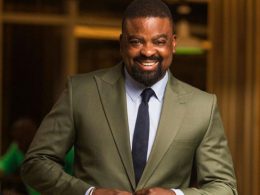 KUNLE Afolayan has made a giant leap to get budding and established filmmakers in Nollywood on the global stage.
byLateef Idris
No comments