The French President Emmanuel Macron on his second day in Lagos has unveiled the new Alliance Francaise Centre in Ikoyi and conferred on business mogul, Mike Adenuga the highest French National Honour of Commander of French Legion.

Macron, who is not a stranger to Nigeria described Adenuga, the Globacom Chairman, as a true role model for Africa.

Macron said the centre was part of the measures to scale up the relationship between France and Nigeria and pledged the commitment of his government and people of France to develop infrastructure in key sectors in Lagos State.

“Mr Governor, we spoke yesterday (Tuesday) while going to the shrine and on our way to this place, Alliance Francaise.

“But at the end of it all, I realised that both offices did share same views that we can do tremendous things together.

“Lagos is one of the challenges of, not only Nigeria, but Africa.

“This huge city is a tremendous challenge about how to make people live together in peace and better society; I want France to be part of this story.

“I do want my country and citizens to be part of this experience, which means sharing same values, cultures, languages, literature, music, movies, projects, common economic projects, among others,” Macron said.

He said that the development of the French Cultural Centre was part of the measures to scale up the relationship between France and Nigeria.

“I see the Alliance Francaise as a commitment aimed at making the friendship between both countries, who have different cultures, but vivid and vibrant as well as lifting barriers that have existed between both cultures.

“The common space we have is not linked to language or country.

“We are different people; but we share same values and it is precisely this common values we want to convey.

“The Alliance Francaise is one of the best illustrations of this commitment,” Macron said.

Gov. Akinwunmi Ambode of Lagos State, Prof. Wole Soyinka and members of the Lagos State Executive Council were among the dignitaries who attended the event. 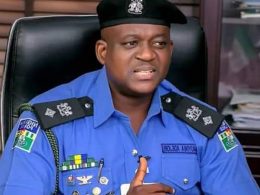 PPRO: Police, 7 others responsible for congestions in correctional centres

The Police Command in Lagos State said that the public should not blame only the police for the large number of inmates in correctional centres across the state.
byLateef Idris
No comments 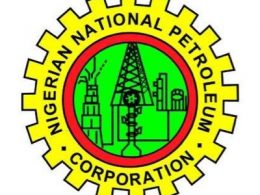 Unsuspecting job seekers in the country have been warned about a fraudulent job portal circulating on social media platforms, with claims that the Nigerian National Petroleum Corporation (NNPC) is conducting a recruitment exercise.
byTayo Aderinola
No comments 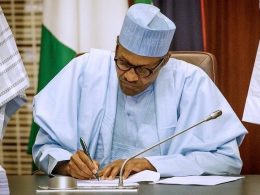