President Muhammadu Buhari Monday in Jalingo, Taraba State, said the Federal Government will continue to strengthen relations with traditional institutions in the country in order to find lasting solutions to the herdsmen and farmers crises.

President Buhari, accompanied by Governor Darius Ishaku of Taraba State, had an interactive forum with traditional rulers, community leaders, representatives of farmers and herdsmen, security chiefs and some top government officials in the state.

The President said the ongoing efforts to restore peace would require the full support and commitment of all traditional institutions, especially in appealing to their followers to respect the dignity of life.

“I am appealing to the traditional rulers not to give up in pursuing peace,’’ he said.

“I came here mainly to have this forum with leaders, traditional rulers and the state government to extend my condolences to all those who have lost loved ones and properties.’’ –––President Buhari

President Buhari told the royal fathers and leaders that the government was fully committed to resolving the crises between herdsmen and farmers, and would be counting on their structures, good will and experience in promoting harmony.

The President warned that all the perpetrators of violence in the country would be investigated and prosecuted, while condoling the families that lost loved ones in the mayhems.

“I came here mainly to have this forum with leaders, traditional rulers and the state government to extend my condolences to all those who have lost loved ones and properties,’’ he said.

President Buhari said his administration had focused on securing the country since assumption of office, adding that the “worst critics of APC will agree that we have tried in improving the security situation in the country, right from the Boko Haram attacks.’’

“The country has to be secured before you can manage the economy,’’ the President noted.

In his remarks, Governor Ishaku said he inherited a state that was deeply divided along ethnic and tribal lines, noting that his government, working with security agencies, had been working hard to reconcile the different groups.

The governor, who commended the Federal Government for the ongoing construction of the Mambila Power Plant, said the completion of the project would greatly impact on the economy of the state, and the nation.

In their various remarks, the traditional rulers and community leaders said a strict adherence to the rule of law and appropriate punishment for perpetrators of mayhem would reduce the violence that had claimed many lives. 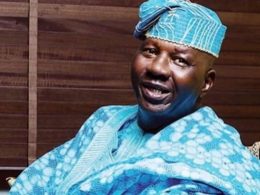 Baba Suwe: A Genius of Comedy

Of the three genres of Literature, Drama is the most versatile, the most social and the most physically present of all artistic productivity. It being a composite interplay of literature, visual art, speech, movement and spectacle, for me, makes it the icing on the cake of the three genres of literature. Perhaps, in the process of drama creation, various social aspects of human history are contracted and expanded in artistic reflection and refraction. In so doing, pleasure and entertainment are guaranteed as a sole purpose.
byLateef Idris
No comments 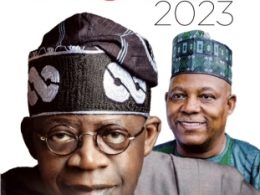 Presidential Candidate of the ruling All Progressives Congress APC, Asiwaju Bola Ahmed Tinubu has given an insight into his 80-page manifesto set for release on Friday.
byTayo Aderinola
No comments 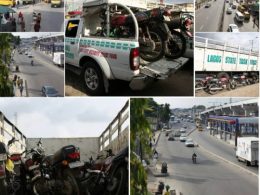 Majority of okada riders on Wednesday shunned roads and streets in the six Local Governments Areas of Lagos where they have been banned from operating by the Lagos State Government.
byTayo Aderinola
No comments

A new set of beneficiaries have emerged under the Ubiquitous Boxes, U-Boxes, initiative in Lagos State, a programme…
byTayo Aderinola
No comments