Oyetola is challenging the outcome of the July governorship election in which the candidate of the Peoples Democratic Party, Senator Ademola Adeleke, was declared the winner.

Akeredolu, who spoke in Owo at the funeral service of his late mother, Grace, said Oyetola would ‘regain his mandate very soon whether you like it or not. He is a man after my heart.’

Akeredolu, in a response to a sermon delivered by Revd Stephen Ayodeji Fagbemi, said there were crops of politicians in the Southwest the people could be very proud of.

According to him: “We have listened to your political sermon. It was wonderful listening to the sermon. I will not contend with you but I know as politicians we are doing our best. It might not be good for everybody.

“You should also say the things we have done. Continue to pray for us so that we will do our best. We will look at it. It is not that we are not trying. We have our shortcomings. We have crops of politicians in the Southwest we can be very proud of. Not all of us shall die. We shall be here when Christ shall come.”

Revd Fagbemi, in his sermon, tasked politicians to begin their campaigns tours in hospitals.

He told the candidate of the All Progressives Congress, Asiwaju Bola Tinubu, that God has placed him where he is going to make a difference.

“Go to hospitals and schools and see what Nigeria is like. I encourage you to go to FMC here in Owo to campaign and see what the future holds

“The poor are getting poorer. Nigeria needs a change that will ensure safety and security in villages. We need a government that understands economics. Life is hard in this country. Let our leaders be careful to help us move things forward. The best place to start campaign is hospital.”

Revd Fagbemi urged Governor Akeredolu and his siblings to immortalise their mother because she lived a life of service to God and humanity.

President Mohammadu Buhari, who was represented by Vice President Yemi Osinbajo, said the life of the mother of the Ondo Governor deserved celebration.

According to him, “Today is a day of great joy. We have reached where we must celebrate one the greatest legacy. It is a time to celebrate Mama because of the great deeds. The life of Grace Akeredolu is a life worthy of celebration. She lost her husband at the age of 50 and lived up to 90. She brought up her children. She made a great effort at raising four boys

“She did very well indeed. We must thank God because not only did she bring up her children well but all of them are successful. What we must celebrate most is her service to God and mankind. We celebrate the life of a great woman, a woman who served God well and her community.”

Tinubu, on his part, urged Nigerians not to give up on politicians.

He said the APC would do better

“Thank God we are alive, there might be weaknesses and inadequacies in expectation. no one wants failure. You cannot give up on us. We will do better. We will contribute to the improvement you might want. Mama has given us the Grace of the day that she will not be the one to bury us. She had the greatest legacy of a life full of achievements.”

Late Grace Akeredolu died on September 15 in her sleep.

She was interred beside her husband in Owo, hometown of Governor Akeredolu. 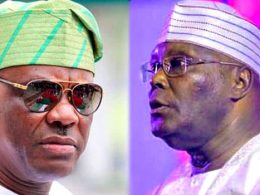 The presidential candidate of the Peoples Democratic Party (PDP) Atiku Abubakar has welcomed reports that the Governor of Rivers State Nyesom Wike and his group are favourably disposed to the resolution of the issues with the former vice president.
byTayo Aderinola
1 share
1
0
0
No comments 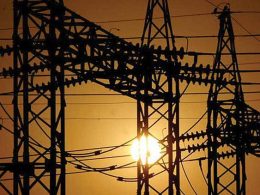 Togo, Benin, Niger Paid Nothing For Electricity From Nigeria In Q2 2021 – NERC

The Nigerian Electricity Regulatory Commission (NERC) has said that three neighbouring countries did not make any payment for the second quarter of 2021.
byLateef Idris
No comments 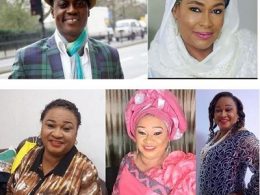 10 prominent Nigerians who died in July 2021