Alhaji Isiaka Gboyega Oyetola has been  declared winner of the Osun All Progressives Congress governorship primary, ahead of the 22 September election in the state.

In the direct primary which held today, he polled  127,017 votes as against House of Representatives deputy speaker Yusuf Lasun who scored 21,000. Speaker of the Osun House of Assembly  Nojeem Salaam came third.

Oyetola, a participant in the June 12 struggle, has been Governor Aregbesola’s chief of staff since 2010.

Announcing the results at about 10:45 pm on Friday at the party’s secretariat in Osogbo Sen. Ovie Omo-Agege said Oyetola  scored 127,017 votes.

Omo-Agege, who represented Gov. Abdulaziz Yari of Zamfara , the Chairman of the Election committee, said that Mr Lasun Yussuff, Deputy Speaker of House of Representatives came second with 21,975 votes.

” Having won the majority votes, I declared Adegboyega Isiaka Oyetola as the official flag bearer for the Sept. 22 governorship election”, Omo-Agege said.

He commended all other aspirants for displaying maturity during the exercise.

Omo-Agege who described the election as a family contest, said there was no victor and no vanquished.

The News Agency of Nigeria (NAN) reports that the direct primary was conducted in 332 wards across the state.

The late arrival of election materials and absence of electoral officials delayed the exercise in some of the wards visited.

A correspondent of the News Agency of Nigeria (NAN) who monitored the exercise in Iwo, Ejigbo, Ikire and Gbongan reports that many party members waited for hours at their wards to be accredited for the exercise.

At ward 2, Molete in Iwo Local Government as at 1:30 pm, party members were still waiting for electoral officials.

Mr Semiu Akanji, a party member, said he had been on the queue since 8:30 am.

” We were told that the exercise will start by 8:00am but to our surprise, we are still waiting for electoral officials as at 1:30 pm”, Akanji said.

Mr Adelere Oriolowo, an aspirant, described the late arrival of the election material as worrisome.

Oriolowo said preparation for the direct primary as announced by the party leadership was too short.

Among the 17 aspirants who contested for the party’s ticket, several withdrew at the last minute. They were Alhaji Moshood Adeoti, who is the Secretary to State Government, Sen. Babajide Omoworare, representing Osun East at the Senate and Mr Peter Babalola, Chairman of State Civil Service Commission. 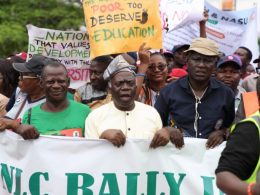 No show for Sanwo-Olu as NLC ends protest

Lagos State Governor, Mr Babajide Sanwo-Olu was not available to address members of the Nigerian Labour Congress that staged a protest at the Lagos State Government Secretariat on Tuesday.
byLateef Idris
No comments 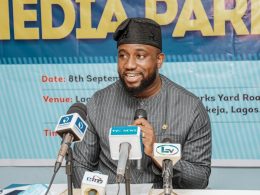 In furtherance of the renewed campaign to upgrade public infrastructure, the Lagos State Government has commenced the retrofitting of streetlights from High-Pressure Sodium Bulb (HPS) to Light Emitting Diode (LED) across the State.
byLateef Idris
No comments 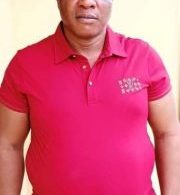