Our investment in entertainment sector will boost economy – Ambode

Lagos State Governor, Akinwunmi Ambode has said that his administration’s investment in entertainment will certainly boost the state’s economy.

Ambode spoke at the Yoruba Tennis Club’s First Anniversary/Award Night, hosted by the Jazz Summit Group of the club.

The governor, who was represented by the Secretary to the Lagos State Government, SSG, Tunji Bello, noted that the entertainment industry had the potential to create employment and wealth.

“The Lagos State Government’s investment in the sector will boost the State’s economy,” the governor said.

Ambode commended the club for hosting the Jazz Summit and for putting up a very colourful and delightful evening of Jazz music laced with choiced drinks and gastronomic delights that kept the audience happy and yearning for more of such events in the future.

Chairman, Yoruba Tennis Club, Prof Adetokunbo Fabamwo said the Jazz music summit was resuscitated in August 2017 as an addition to the rich and diversified hospitality and socio-cultural space of the club.

He said it was conceived to foster the friendship among the club’s diverse and multi-ethnic members.

Fabamwo added that the Jazz summit also helped in promoting the club’s outreach to the larger community, adding that this innovation had had made the club a place to be to listen to good Jazz music in the city.

Chairman of the Jazz Summit of the Club, Ambassador OlusegunAkinsanya, stated that it had been acknowledged worldwide that Jazz was a music for the mature minds, old and young.

“It also serves as a means of relaxation to dissipate energy in an urban centre like Lagos, thus, contributing to making the mega city a preferred tourist destination in Nigeria,” he said. 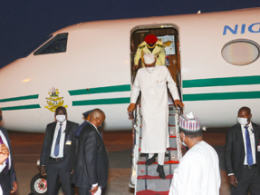 Two coronavirus survivors who were discharged on Monday from the Infectious Disease Centre, Yaba, Mainland Hospital, Lagos, have…
byTayo Aderinola
No comments 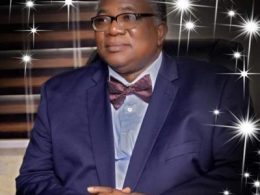 National Leader of the All Progressives Congress (APC), Asiwaju Bola Ahmed Tinubu, has lauded the contributions of former National Legal Adviser of the party, Honourable Babatunde Ogala SAN, to democracy, good governance, social justice and rule of law on his attainment of 60 on Thursday.
byTayo Aderinola
No comments 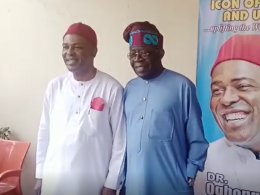 The Presidential candidate of the All Progressives Congress, Asiwaju Bola Ahmed Tinubu has sought the hand of friendship and collaboration of more aspirants.
byLateef Idris
No comments