Vice-President Yemi Osinbanjo says the Federal Government is committed to empower youths through entrepreneurship and technology.

Osinbajo stated this on Tuesday at the Student Innovation Challenge,(SIC), Northern Regional Finals held at the Dangote Business School in Bayero University Kano.

He said that the federal government had unveiled plans to drive youth entrepreneurship in the country through the use of technology.

According to him, the initiative allows young entrepreneurs to interface with government and the business sector as mentors.

“It is also an initiative ‎of the federal government in collaboration with private sector players.

“It offers a platform for us to identify and support innovative technology to drive business ideas and ventures across Nigerian universities.

“We all know that the universities are the best fertile place to get the very best talents because we believe it is what is needed to shape the future of the country,” he said.

According to Osinbajo, it is also to ensure access bank, to challenge students across the country on innovative ideas.

“We want to gather many of the great ideas as much as possible for them to get a chance to be supported.”

‎The vice president also said that Bayero University was a citadel of radical socio-political ideas and looking ahead to be centre of innovation and business ideas.

Earlier, the Governor of the state, Dr Abdullahi Ganduje, ‎thanked the federal government for the initiative.

He said that before, many innovative youths were not motivated but with the coming of this ‎administration, the youth had been given opportunity to excel, especially in entrepreneurship and technology.

He described Bayero University as the leading university in the country with well articulated transition between vice- chancellors.

Ganduje announced the donation of N15 million, NCC N20 million, NDIC 10 million, Dangote N10 million, all for the survival and development of the project‎.

The Director-General of the National Information Technology Development Agency, Dr Isa Phantami, also commended the federal government for the initiative and gave N4.5 million for winners of the first, second and third runner up of student innovative challenge.

In his remark, the vice-chancellor of the university, Prof. Yahuza Bello, commended the vice-president for championing and doggedly pursuing reforms and policies that supported private sector-led growth and youth entrepreneurship.

He also said the university ‎had taken deliberate and constructive steps to appropriately realign the curriculum and redesign it to be more industry-relevant.

Bello also said that the management of the institution had approved ‎the utilisation of about N100 million for the establishment of university based start-up incubation and acceleration hub in Nigeria. 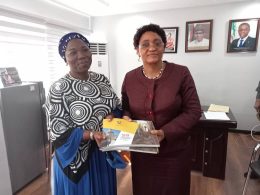 The Management team of Lagos State Christian Pilgrims Welfare Board (LSCPWB) has paid a courtesy visit to the newly appointed Chairman of the Lagos State Health Service Commission (LSHSC), Dr. (Mrs.) Tinuke Onayiga, with a view to establishing a cordial working relationship.
byTayo Aderinola
No comments 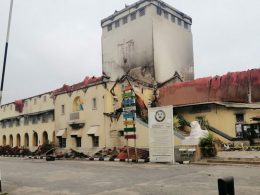 The Lagos State Government is to move the Igbosere High Court which was razed in October 2020 during the #EndSARS protest to a property located in Ikoyi.
byLateef Idris
No comments 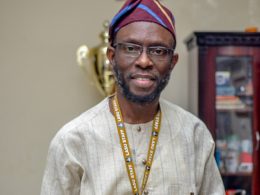 The immediate past Vice-Chancellor, Lagos State University, Professor Olanrewaju Fagbohun disclosed that he stabilised the school academic calendar through the inter-generational engagement of personnel in the institution.
byLateef Idris
9 shares
9
0
0
No comments