Osinbajo: N-Power Programme will be expanded

Vice President Yemi Osinbajo said the N-Power Graduate Skills Acquisition Programme will be expanded and made better to benefit more Nigerian youths, as he also announced that 20,000 youths will be trained in various skills across the country.

Osinbajo spoke both in Abia and Enugu states, where he visited various skill training centres.

Addressing the trainees, the vice president said the N-Power programme is very important to the Federal Government because of its focus on empowering the youths through capacity building.

“The programme will be expanded, enriched, made bigger and better and we will improve the welfare of those in the programme.

“The Federal Government wants to demonstrate through you that Nigerian young people are not only competent, but can with the best training become the best available anywhere in the world.

“It is the largest of its kind anywhere in Africa. We want to prove that it is possible not only to keep young people employed and engaged but to train at the same time on a continuous basis and to train them using technology.

“We want to prove also that you do not need to know anybody to be able get a job. You do not have to go and speak to anybody. You get the job in a free and fair manner.

“So I want to ask you to be committed because sometimes there may be difficulties.” he said.

Osinbajo said that the project would be supported by the Federal Government to ensure the youths realised their aspirations.

He said that the training centre is an ample demonstration of the Abia Government’s willingness to empower young people and give them real opportunities in life.

Gov. Okezie Ikpeazu said that the vice president was at the centre to see youths who had decided to learn skills and liberate themselves from poverty.

“I call on the Federal Government to add a bite to executive order number three which says that you must look inwards before you start importing.

“It is unfortunate to remark that some of our leaders are still living under the veil of sophistry that has no bearing with what we do and produce in Nigeria.

“The only way we can encourage entrepreneurship is to look inwards and patronise Made-in- Nigeria goods,’’ he said.

He, however, said there was a power supply challenge at the Kiara /Logistics De-Luke Training Centre and solicited the Federal Government’s assistance.

Ikpeazu also thanked the Chinese government for giving Abia the grant to train about 100 youths in various skills.

In Enugu, Osinbajo said the Federal Government has approved the training of 20, 000 youths in various vocations across the country.

Osinbajo said this in Enugu during the inauguration of one of the facilities for the training located at the Anambra Motor Manufacturing Company complex, Emene.

The vice president said that the complex was one of the 250 training centres approved for the scheme.

He said that the training would run for nine months, adding that the trainees would receive a monthly stipend of N30, 000 within the period.

According to him, the project was an integral part of the N-Power project that had absorbed thousands of youths across the country.

“This programme is aimed at creating thousands of technical jobs for the youths as well as improve their entrepreneurship skills.

“It is a sub-section of the N-Power programme aimed at training 75, 000 youths in relevant industries where their training skills will be needed,’’ he said.

The vice president said the training would run for nine months and would comprise of the theory aspect which will run for the first three months, after which beneficiaries would be given work tools.

Osinbajo, who added that beneficiaries would go with the kits to work on their own, reiterated that the Federal Government was committed to creating more jobs for Nigerians.

He called on Nigerians to give the current administration the needed support to achieve its programmes, adding that the future holds promises for the youths.

Osinbajo also commended the Enugu State Government for the reception accorded him and solicited support for the project to thrive.

Earlier, Gov. Ifeanyi Ugwuanyi said that the gesture was in line with the programmes of the state government aimed at empowering the youths through relevant skills acquisition ventures.

Ugwuanyi commended the Federal Government for locating the centre in the state and for the support it had enjoyed over the years.

He said that his administration had provided the conducive environment for businesses to thrive and would continue to support initiatives aimed at improving the economy. Ahead of the opening ceremony of the 35th edition of the National Festival for Arts and Culture (NAFEST), in Lagos, some state delegates on Monday arrived  in their numbers.
byTayo Aderinola
No comments 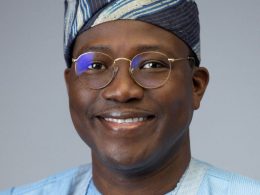 On the 19th of March 2021, 130 new confirmed cases were recorded in Nigeria
byLateef Idris
No comments