The All Progressives Congress National Convention in Abuja has affirmed former Governor Adams Oshiohmole as the National Chairman.

The conduct of the convention of All Progressives Congress (APC) with 6,800 delegates is as a sign of victory in the 2019 elections, Gov. Abiola Ajimobi of Oyo State, has said.

The delegates to the party convention in Abuja are from the 36 states and FCT to elect new officers into the APC’s National Working Committee (NWC) whose tenure would expire on June 25.

President Muhammadu Buhari and Vice President Yemi Osinbajo, Senate President Bukola Saraki and the Speaker of House of Representatives, Hon. Yakubu Dogara and other big guns were at the Eagles Square, venue of the convention.

Former Edo State Governor Adams Oshiomhole was affirmed by the delegates as the Chairman of the party alongside some others, a situation Ajimobi sees as a sign of victory.

“That Oshiomhole is coming as the party’s chairman is a sign that APC will win 2019 election,” he said.

On his part, a chieftain of the party and ex-governor of Bayelsa, Chief Timipre Sylva, said: “We are expecting a very great and successful convention.”

Another party chieftain from Abia, Mr Emeka Nwogu, said his expectation was high and it would be met.

“We are going to have a very beautiful convention; orderly, peaceful and a free and fair election,” he said.

He said though some party officers would vie for election unopposed, he said there would be election in some positions that were being contested.

Nwogu, who was a former minister of Labour and Employment, assured that the convention would make the party to come out stronger and formidable.

“This is a convention before election and we are going to be successful with this convention,” he said.

He advised the winners and the losers in the election to accept the outcome in good faith for the unity of the party.

Musicians and traditional dancers took turns to entertain the crowd as presiding officers watched over ballot boxes for the election of the remaining seats.

A medical booth was stationed at strategic positions to handle any emergency medical situation. 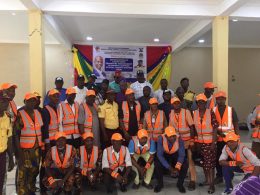 The commuters and road users in Ojodu LCDA will begin to heave a sigh of relief as Special Traffic Mayors (STM) were inaugurated to complement the efforts of Lagos State Traffic Management Authority (LASTMA). This assertion was cemented at the inauguration ceremony held at the Council Secretariat on Thursday 30th June.
byLateef Idris
No comments 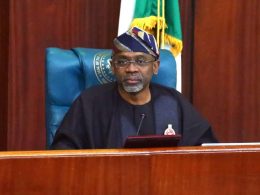 Christmas: Nigeria passing through so much, pray for her – Gbajabiamila to Christians

Speaker of the House of Representatives, Femi Gbajabiamila has called on the Christian faithful to use the season of Christmas to reflect on the current state of the nation.
byLateef Idris
No comments