The Attorney-General and Commissioner for Justice, Edo State, Prof. Yinka Omorogbe, said the welfare of the girl-child must be prioritised, for development in the country.

Omorogbe, an internationally-recognised Professor of Energy Law and a former Dean, Faculty of Law at the University of Ibadan, who was guest speaker at the event, spoke on the theme: “Girl-Child Education: An Imperative to National Development”.

According to her, one of the greatest barriers to the development of a nation has remained the poor prioritisation of the welfare of the girl-child, especially in terms of access to quality education.

“As a nation, we are yet to really realise that the girl-child has the same right as everyone else in the society and that she is entitled to qualitative education.

“Very often, we look at some of the other rules that the girl-child is perceived as an object of sexuality and, therefore, see them in terms of being used to bring money for the family.

“This is mostly achieved sometimes by being married off very early or have her work at home to assist both parents.

“The problem, therefore is that at the end of the day, she is not allowed to realise her dreams and explore her full potential by going to school and be who she really wants to be.

“If you go and look statistically, the number of out-of-school children in the world, you will discover that they are over 50 million.

“And of this figure, Nigeria has the largest number of children in the category, with most of them being girls,’’ she said.

Omorogbe noted that most of such girls were from the northern parts of the country and hence the need to step up efforts in creating more awareness on the benefits of enrolling the girls in schools.

She added that the school drop-out syndrome was a national challenge, as there was hardly any part of the country that was free from it.

The guest speaker, therefore, identified the mind as the primary barrier to girl-child education.

“It is mainly societal. A lot of this has to do with public perception of what a woman can achieve basically.

“It is societal, just as it is a gender issue, but the primary message is that educating the girl-child will boost our economic sense.

“Often times, women with money spend most of it on their children and family.

“Educated women with money have healthier children and their children seldom die early or die out of ignorance.

“The GDP of a country increases a lot when there are a lot of educated women in the workforce. The country will be better for it and development is always assured,’’ she said.

According to her, there is also the need for free and quality education for the children at both the primary and secondary school levels, whether boy or girl.

She said giving such access to education at those levels would ensure that no child was left without basic education and, therefore, having in place a lot of the young girls transforming to educated and responsible women in the country.

Mr Abdul Hammed Femi, Chairman of the occasion, said that the girl-child was a source of joy to the family.

According to him, the role of the girl-child in nation building cannot be underestimated and, therefore, there is need to build their confidence by educating and protecting them.

He noted that for the girl-child to realise her potential, there must be efforts in place to always ensure that they are exposed to qualitative and affordable education.

According to him, the girl-child must also always be protected from sexual exploitation and every other forms of violence, as well as shown love and respect.

Earlier, in his welcome address, the National President of the association, Mr Ben Oshadiya, said it had organised two summits to mobilise all stakeholders to join hands in improving the academic performance of their alma mater and other prominent schools around.

He noted that the association had also awarded scholarships to deserving students in the college and in various institutions of higher learning, to the tune of N1 million annually, among other interventions.

According to Oshadiya, the association has embarked on projects such as the construction of a new Dining Hall for students, estimated at N100 million.

“We have also embarked on the construction of residential bungalows in the staff quarters, as well as the re-development of the old Assembly Hall, initiated by the 1976 set of the association, among others.

The News Agency of Nigeria (NAN) reports that the high point of the event was the presentation to awards to deserving members of the association, in recognition to their contributions.

One of the awardees, a Basic Science teacher at the college, Mrs Oluwakemi Fauziate, told NAN that she was overwhelmed by the recognition, adding that she sees the award as a challenge for her to do more 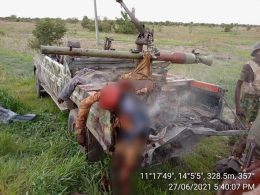 Troops of 152 Task Force Battalion in conjunction with the Air Component of Operation HADIN KAI on Sunday, 27 June, 2021 dealt a devastating blow on marauding Boko Haram ( BHT) and Islamic State West Africa Province (ISWAP) while attempting to infiltrate the Forward Operational Base at Bula Yobe in Borno State.
byLateef Idris
No comments 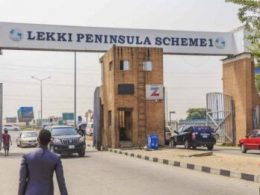 He noted that Lekki Phase 1 was congested as residents already had many private jetties, which were more than enough for their use.
byLateef Idris
No comments

…….calls for stakeholders collaboration Lagos State Government has said that it has developed and perfected a model…
byTayo Aderinola
No comments 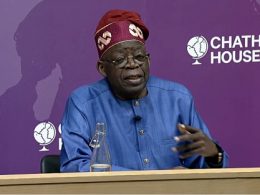 ​VIDEO: Why I delegated El-Rufai, Ayade, Alake others to answer questions at Chatham House – Tinubu

The presidential candidate of the All Progressives Congress (APC) Asiwaju Bola Ahmed Tinubu has explained why he delegated some members of the party to respond to questions posed to him.
byTayo Aderinola
No comments