The Civil Engineer turned politician, and a recipient of the Lagos Panorama SDG Grassroots Award, has proved his mettle in the area of public administrator with foresight for infrastructure development with the recent completion of the construction of 2 magnificent edifices the Abibatu Mogaji Multipurpose Shopping Complex and the Asiwaju Bola Ahmed Tinubu Office Complex for a conducive working environment for Ojodu LCDA Management and staff within 3 years of the 4 years administration.

The National Leader of the All Progressives Congress (APC) Asiwaju Bola Ahmed Tinubu who was represented by the APC Southwest Women Leader, Chief Mrs Kemi Nelson congratulated the Chairman for the completion of the complex.

While delivering the keynote address, she congratulated the council chairman, Management team and Staff for achieving such a great feat.

Chief Nelson also commended the councilors for supporting the chairman to achieve the completion of the ultramodern shopping complex named after Asiwaju Tinubu’s mother and the first Iyaloja General of Nigeria, Alhaja Abibatu Mogaji.

She however charged the council chairman and the private partner Eliezer Investments Limited on the need to give the structure adequate maintenance.

The Council Chairman in his opening remark used the occasion to enumerate some of the council’s activities in the last three years of his second term administration. This included the about to be commissioned Asiwaju Bola Ahmed Tinubu office complex.

Hon Oloro stated that “the local government as the third tier of government has a great role in the socio economic development of the nation, particularly the rural areas”.

“To buttress the promises we made when elected into office, as the Executive Chairman of this prestigious LCDA. Creating an inclusive administration was our aim and to achieve greater heights. The desire for infrastructure development was uttermost to my administration, especially the market which drove me seek public-private sector partnership input”.

“Before the development, Ogba retail market was in a dilapidated state due to fallen structure. We are the first in Lagos State to successfully relocate a market, to pave way for redevelopment and bring the entire marker back upon completion of the development”.

“Those not willing to move to the relocation site were duly compensated. Thereafter the official Ground Breaking was done on Tuesday 31ST October 2017”.

“Reconstructing of roads, healthcare centers and drainages are the normal expected role performance of the council so you couldn’t have ascribed that alone as an achievement but an edifice like the Abibatu Mogaji Multipurpose Shopping Complex and the new ultramodern Asiwaju Bola Ahmed Tinubu office complex for the wellbeing of our workforce will speak for us in a longtime to come” he concluded.

Under the Hon Oloro the Ojodu LCDA also embarked on rehabilitation of roads, healthcare centers, schools and empowerments to residents of the LCDA carved out of the Ikeja local government. 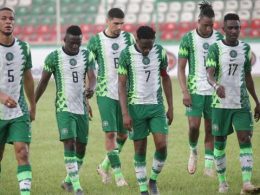 Youth and Sports Development Minister Sunday Dare has showered praises on the Super Eagles for picking their second consecutive win of the 2022 World Cup qualifiers.
byLateef Idris
No comments 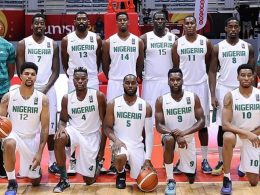 Nigeria’s D’Tigers were on Tuesday handed a tough schedule as they were drawn alongside Cape Verde, Mali, and Uganda in Group A of the FIBA Basketball World Cup 2023 Qualifiers.
byTayo Aderinola
No comments 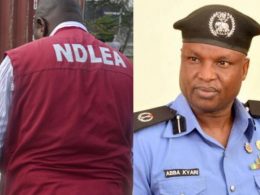 Mr. Emeka Alphonsus Ezenwanne, the National Drug Law Enforcement Agency (NDLEA)’s witness in the trial of DCP Abba Kyari and others, on Thursday, indicted the operatives of the agency stationed at the Enugu International Airport.
byTayo Aderinola
No comments