The terminal situated at Lilypond in Ijora, would ensure speedy and seamless processing of export cargoes accessing Apapa and Tin-Can Island Ports in Lagos.

The terminal would also serve as a pre-gate from where export goods would move directly into the port.

Speaking at the inauguration of the terminal, the Managing Director of NPA, Mr. Mohammed Bello-Koko, noted that the terminal would help to reduce wastage.

He said that the terminal would also reduce the rejection of Nigerian export goods and the time wasted before exports gained access to the ports.

According to him, there have been several cases of rejection of exports originating from Nigeria, which could be attributed to time wastage and longer time at the port but the terminal will ensure speedy processing of exports.

Bello-Koko said the initiative was in line with the NPA’s commitment to the implementation of the National Action Plan on agro-export and the Federal Government’s desire to diversify the national economy from oil to non-oil export.

He noted that the NPA was also working to integrate the Central Bank of Nigeria’s NXP (Nigeria Export Proceed Form) into the electronic call-up regime.

“The need for Export Processing Terminals is underscored by the limitations of current port facilities in the Lagos area which are operating beyond their built capacity for cargo handling.

“The export terminals will serve as holding areas positioned in Lagos and Ogun States and it will help exporters prepare their arrival at port terminals in view of the traffic management challenges that are visible in Lagos,” he said.

The managing director said that the Nigerian Export Promotion Council (NEPC) had served as the technical partner of the NPA through the journey of setting up the terminals.

Bello-Koko, however, applauded the Nigeria Customs Service (NCS) for creating an export command.

He said that the authority would work with the Customs’ Export Command to bring up seamless modalities that would govern export trade.

“We are also working to integrate barge and train movements to complete the circle in collaboration with Nigeria Customs.

“The movement of export boxes from the Lilypond Export Terminal shall be directly through Warehouse Road to cut down on time for arrival at the port.

“Similarly, movement of export boxes to Tin-Can Island Port shall be from the Diamond Star consolidation point at Emmadunamix Terminal in Okota,” he said.

The Executive Director of the NEPC, Mr Ezra Yakusak,  represented by Mr Haruna Ali, said the terminal would help to create more room to increase the volume of non-oil exports in Nigeria.

Aremu, however, urged users of the ports to take advantage of Customs’ commitment to the facilitation of legitimate trade to excel in their business and put Nigeria on the global map of top non-oil exporters.

“We are confident this terminal will serve the purpose for which it was established as the initiative is quite apt and coming at a time the country really needs a paradigm shift.

“Nigeria is no doubt blessed with enormous natural agro-based resources which if well harnessed can lead to accelerated growth in our Gross Domestic Product,” she said.

The Managing Director, Diamond Star Port and Terminals Ltd., Mr Olatunji Baale, said the company had the capability and competence to render prompt services to exporters and other stakeholders in the value chain.

Baale noted that there would be seamless delivery of export boxes and the terminal was a one-stop-shop that houses all the government agencies in the export value chain.

He said that the terminal could handle about 50,000 boxes of export containers on a weekly basis and would help to grow Nigeria’s export trade by reducing the trade imbalance. (NAN) 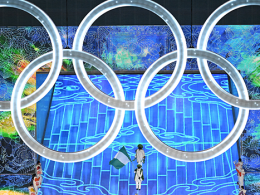 Nigeria’s flag was hoisted in China on Friday as the opening ceremony of the Beijing Winter Olympics commenced.
byTayo Aderinola
No comments

On the 29th of March 2021, 48 new confirmed cases and 1 death was recorded in Nigeria
byTayo Aderinola
No comments 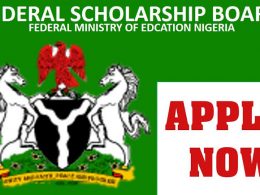 The Federal Government has invited applications from suitably qualified students studying Education courses in Universities and Colleges of Education.
byTayo Aderinola
No comments