The Lagos State Police Command on Friday said no rally will be allowed at the Lekki Toll Gate on October 1.

The Lagos State Police Command on Friday said no rally will be allowed at the Lekki Toll Gate on October 1.

The State Command in a statement signed by Police Public Relations Officer, SP Benjamin Hundeyin, said “It has become imperative to reemphasize that no form of rally whatsoever will be allowed at the Lekki Toll gate tomorrow, October 1, 2022,” .

“This emphasis has become necessary to enlighten Nigerians that might be misled into converging on the toll gate. A court of competent jurisdiction has ruled that no person is allowed to converge on the Lekki Toll gate for whatever reason.

Hundeyin further stated that “In conformity with its mandate to protect life and property, the Lagos State Police Command under the leadership of CP Abiodun Alabi, fdc will leave no stone unturned in ensuring total compliance with the court order and an emplacement of adequate security in the state.

“While the Command is not averse to the peoples’ right to freedom of assembly and association; and expression, the Command will equally live up to its mandate of ensuring that no person or group of persons is allowed to infringe on the fundamental human rights of others, especially the rights to freedom of movement and right to dignity of human persons, especially under the guise of rally or procession.

“The warning therefore goes that anyone found flouting the court order or infringing on the rights of other Nigerians will be dealt with in accordance with the law.

“Meanwhile, CP Alabi enjoins all peace loving persons to go about their lawful duties without fear of harassment or intimidation, reiterating that adequate security assets have been strategically deployed to ensure the safety and security of Nigerians at designated rally venues and across the state at large.” 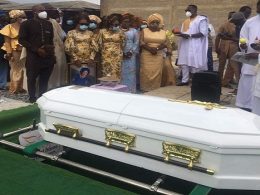 Veteran actress Rachel Oniga has been laid to rest at a private ceremony conducted by Omega Funeral Homes in Lagos.
byTayo Aderinola
No comments 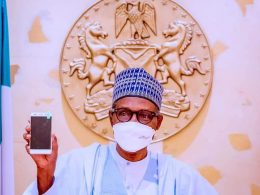 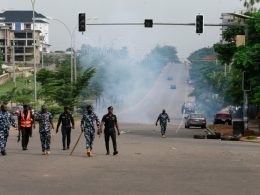 Security agencies on Saturday took over strategic public spaces to frustrate protests organised across the country by activists demonstrating against what they described as bad government and unbridled insecurity.
byLateef Idris
No comments

The Speaker of the Lagos State House of Assembly, Rt. Hon. Mudashiru Obasa, has urged Christians across Lagos…
byTayo Aderinola
No comments