No automatic ticket for Buhari in 2019, says Tinubu

The All Progressives Congress (APC) will not give an automatic ticket to President Mohammadu Buhari ahead of the 2019 general elections as declared by the governor of Imo State, Rochas Okorocha.

APC National Leader, Ahmed Bola Tinubu stated this yesterday in Akure while addressing journalists during a courtesy visit to the leader of the Pan Yoruba socio-political group, Pa Reuben Fasoranti.

Tinubu, without mincing words, said there would be primary elections to determine the candidate of the party, saying Buhari would allow and support due process and rule of law for the elections.

Okorocha had said other APC governors will back the president’s re-election bid in 2019, and that there was no better candidate than Buhari.

Reacting, Tinubu said: “I have not heard about that and the party spokesman has not said that. No governor can appropriate the power of endorsement to himself.”

The National Leader said the declaration by the governors is a rumour and thought that contravenes the ethics of rule of law and standard practices.

“Buhari is a believer in due process, the Buhari I know believes in rule of law.’’

The APC chieftain encouraged the president and his supporters to allow him go for the primaries rather than cheap campaigns.

“What you are hearing is just a campaign. Buhari has not exempted anybody and he has not affected ambition of anybody.”

The former Lagos State governor said he was in Akure to acknowledge the leadership of Pa Fasoranti in our own race, as a great leader of the Omoluwabi and in his evening we want him to be happy.

“He has been a great leader in his youth and day child. His intellectual is still very intact. Seek his advice, seek his understanding and prayers that is why I am here.”

Nonetheless, Fasoranti described the visit as a sign of good things to come to the Yoruba race, noting that the meeting would further foster great understanding among the Yoruba people and states.

While speaking on a personality programme on one of the state radios some weeks ago, he expressed willingness to reconcile all political groups in the state after they were beguiled into the 2003 general elections by former President, Chief Olusegun Obasanjo.

Meanwhile, son of late Dim Chukwuemeka Ojukwu, Emeka Ojukwu jnr, yesterday justified his decision to join the APC saying it was borne out of the need to ensure the South East geopolitical zone occupy its rightful place in the country.

He spoke when he was formally received into the APC by the Chief John Odigie-Oyegun led national working committee (NWC) at the party’s national secretariat in Abuja.

Ojukwu Jnr said he took a cue from his father, who had the option of joining the defunct Nigeria People’s Party (NPP) but opted for the then National Party of Nigeria (NPN) in the second Republic in a bid to build blocks beyond the south east geopolitical zone of the country.

Said he: “I decided to lead by example. I have been talking about this for a while and I decided it was time to take the step forward. It is a challenge, there are some people that will not be happy about that, but you have to be bold, take a step and let people understand where you are coming from and why you are doing what you are doing.’’

With the huge heavy down pour the Almighty blessed our nature with on July 22 in 2017, little did the people of Somolu realized that the election held that day was to bring a man who will redefine the violent prone Somolu into a commercial hub which will be the envy of it's neighbours, far and near.
byLateef Idris
28 shares
28
0
0
No comments 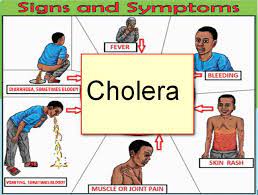 Jose Peseiro: I will win 2023 AFCON for Nigeria

Jose Peseiro, head coach of the Super Eagles, says he accepted the job because he is hopeful of winning the 2023 Africa Cup of Nations (AFCON).
byTayo Aderinola
No comments 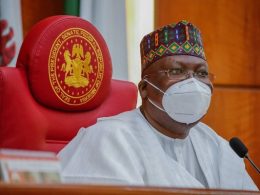 The Nigerian Senate will Screen seven Ministerial nominees whose names were sent for confirmation by President Muhammadu Buhari.
byTayo Aderinola
No comments