The Nigerian National Petroleum Company Ltd (NNPC) has said it is set to implement the N1.9 trillion project to repair 44 roads after it delivered significantly on the N621 billion repair of 21 roads under a tax credit scheme.

The Nigerian National Petroleum Company Ltd (NNPC) has said it is set to implement the N1.9 trillion project to repair 44 roads after it delivered significantly on the N621 billion repair of 21 roads under a tax credit scheme.

The Group Chief Executive Officer (GCEO) of NNPC Ltd, Mele Kyari, stated this on Tuesday at the 23rd Annual General Meeting (AGM) of the Nigerian Association of Road Transport Owners (NARTO) in Abuja.

He said, “NNPC has supported the federal government to fix roads and for the first phase of over 1,800km roads that are valued at N621bn, we have made good progress on that.”

The NNPC boss said phase 2 of N1.9tr was approved by the Federal Executive Council (FEC) last week to cover 44 roads.

He also said NNPC has established a build-and-operate scheme to rehabilitate all the pipelines and depots nationwide. “That process is on and before the end of this year, we will award those contracts to the operators.”

On petrol scarcity, he said: “Up to last weekend, we had a series of meetings even into the night and very soon Nigerians will begin to see the results.”

The national president of the Nigerian Association of Road Transport Owners, Alhaji Yusuf Lawal Othman, said, “Bad roads have continued to be the major threats to the smooth and safe transportation of goods and people throughout the country. However, there seems to be a light at the end of the tunnel,” he said, referring to the NNPC road repair funds.

Othman was also worried about the ruthless attacks on drivers by security operatives.

The Minister of Works and Housing, Babatunde Fashola, said under President Muhammadu Buhari’s administration, over 13,000 kilometres of roads and bridges are in repair.

“We have finished 8,000 kilometres of roads and drivers will tell you that the roads are now better. The real beneficiaries of the increase in funding on roads are NARTO.

“I appeal for safety on our roads. In one month, in October last year, we lost 449 people and over 2,000 injured. I appeal to your leadership to show more interest in safety,” Fashola said.

About 45 passengers have been rescued by the National Emergency Management Agency (NEMA) on Monday as a BRT bus conveying them went up in flames.
byTayo Aderinola
No comments 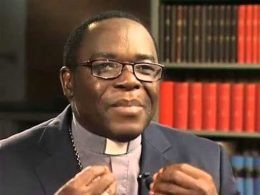 Bishop Mathew Hassan Kukah, the Archbishop of the Catholic Diocese of Sokoto, has urged Nigerians to shun voting based on ethnic, religious, or political sentiments in the 2023 election for the development of the country.
byLateef Idris
No comments 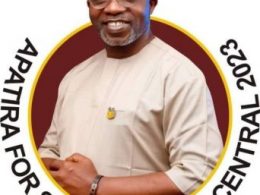