The return journey of Nigeria’s 55,000 pilgrims who performed this year’s Hajj in Saudi Arabia begins on Monday, the National Hajj Commission of Nigeria (NAHCON) has said.

Its Director of Operations, Abdullahi Saleh, announced this on Sunday in Jeddah after a meeting with the airline operators.

He said the operation would be concluded within the same period it took to transport pilgrims from Nigeria “except there is any circumstance that warrants extension like an emergency”.

He said NAHCON and the air carriers would adhere to the initial sequence of pilgrims journey to the Holy land, to be fair in discharging the duty.

“The tradition of first come, first return will be observed as a principle and in line with the Saudi guidelines for fairness and equity,” he said.

He appealed to pilgrims and the operators to conduct the homebound journeys orderly, adding that the handlers had indicated their readiness for the operation.

Meanwhile, Max Air, one of the airlines, said it was ready to commence the return journey.

Managing Director of the airline Shyam Manwani , said the company had already transported the pilgrims’ holy water (Zamzam) to Nigeria during the first phase.

It will be distributed to pilgrims on return to the airports in Nigeria.

The News Agency of Nigeria (NAN) reports that the inaugural flight from Nigeria began on July 21 with 446 Kogi pilgrims and the return flight is expected to take the same shape.

Three carriers, MAX Air Limited, Flynass and Medview are involved in the exercise.

The Department of State Services (DSS) says circulation of a video on attempt to rearrest Omoyele Sowore, the…
byTayo Aderinola
No comments 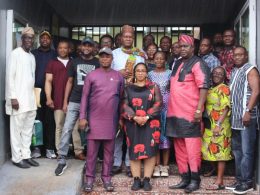 As part of the side attractions for this year's National Festival for Arts and Culture, NAFEST 2022, being hosted by the Lagos State Government, the Chairman of the Planning Committee for the event, Otunba Olusegun Runsewe has announced that a sum of ₦5,000,000 (Five Million Naira) has been set aside as the star prize for best visual artists that will participate in the week-long event.
byLateef Idris
No comments 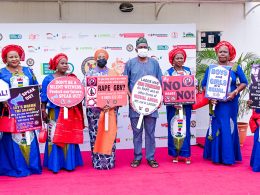 We’re determined to completely stamp out rape, others – Sanwo-Olu

Lagos State Governor, Mr. Babajide Sanwo-Olu on Monday reiterated the commitment of his administration to completely stamp out rape and other forms of Sexual and Gender-Based Violence (SGBV), saying various initiatives have been put in place including strengthening of institutions to end the menace in the state.
byLateef Idris
No comments 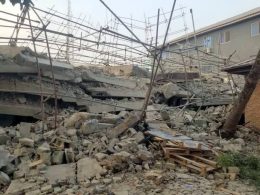 The Lagos State Government has declared its readiness to charge a Developer, identified as Engr. Gboyega Bello, for negligence on the avoidable collapse of a building under construction at 16, Akanbi Street, Onike, Yaba in February 2022.
byLateef Idris
No comments