The Minister of Information and Culture, Alhaji Lai Mohammed, says the news being circulated via a parody Twitter account and an old NTA news video that President Muhammadu Buhari is travelling or has travelled to the U.S. is fake.

In a statement issued in Lagos on Sunday, the minister urged Nigerians to disregard the news.

The statement was signed by the Special Adviser to the minister, Mr Segun Adeyemi.

The minister said one of the numerous parody Twitter accounts in his name — “@MohammedLai”, was used
to disseminate the fake and ludicrous news that claimed that President Buhari was due to leave Nigeria for the U.S. on Monday ”to condole with President Donald Trump over the floods in Houston”.

Also, he said, an old NTA News video being circulated on Social Media claimed that President Buhari had already left for the
UN General Assembly in New York.

“This is a 2015 NTA News video that was repackaged to look current, and to give the impression that the President left Daura, where he is celebrating Eid el-Kabir, directly for New York.”

The minister recalled how the same parody Twitter account was used to circulate a fake report that he sharply criticised Sen. Dino Melaye for attending the Notting Hill Carnival in the UK.

He said these two instances highlight the dangers posed by purveyors of fake news and disinformation, and vowed that the
Federal Government would soon fish out those behind the shenanigans.

He added that “fake news, disinformation and hate speech are the antics of the naysayers, those who are pathologically opposed to this administration.

“That is why we are urging Nigerians to be more discerning and to double check any information emanating from Social Media.” 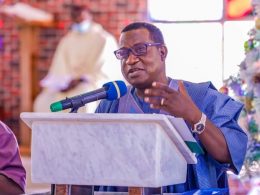 Plateau state Governor Simon Lalong on Tuesday said his administration would always count on the church for partnership and spiritual guidance.
byTayo Aderinola
No comments 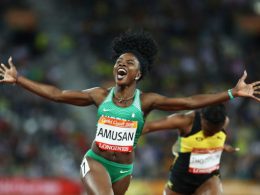 Nigeria’s Oluwatobiloba Amusan zoomed into the final of the women’s 100m hurdles at the 2022 Commonwealth Games on Friday.
byLateef Idris
No comments

In a move to transform the lives of its customers, United Bank for Africa (UBA) has launched a…
byTayo Aderinola
No comments