NDLEA uncovers 40ft container of Tramadol, others in Lagos

The National Drug Law Enforcement Agency (NDLEA) has uncovered another 40ft container loaded with tramadol and other banned drugs at the Brawal terminal in Lagos.

A statement by the NDLEA Head of Public Affairs, Mr Jonah Achema, said the Chairman, Col. Muhammad Abdallah retired, disclosed this on Wednesday in Abuja.

Abdallah said that the seizure followed a recent one made by the police of a 40ft container loaded with cartons of brushes, cartons of tramadol and other banned drugs.

Newsmen report that Police detectives in Apapa Area Command of Lagos State had intercepted a 40-foot container laden with drugs suspected to be tramadol and codeine on Aug. 6.

The container was intercepted offshore and taken to a bonded terminal in Apapa.

According to Abdallah, NDLEA’s investigation further revealed another 40 foot container, adding that this joint examination also revealed 255 cartons of different types of tramadol and other banned medicines.

“The NDLEA investigation further revealed that the tramadol was manufactured in Pakistan, which is a new discovery to the agency because previous tramadol seized were manufactured in India.

“I must say that this is of global interest. Drug trafficking is one of the vices fueling insecurity across the country,” he said.

Abdallah observed that the investigation was a major breakthrough for the agency for revealing the new route for movement of tramadol into Nigeria which was from Pakistan via Europe (Hamburg) to Nigeria.

“And knowing that these tramadol were concealed behind boxes of brushes, it has called for more concern,” he said.

Abdallah said that the NDLEA would do everything within its powers to get to the root of the drug trade and enjoined other security agencies to collaborate with the agency in its ongoing investigation.

He commended the Police, NAFDAC and other security agencies for their support on the case, adding that the agency would continue to carry out its statutory mandate to combat trafficking and abuse of narcotics. 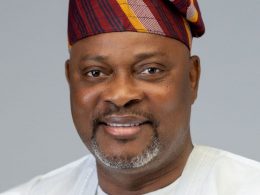 The Lagos State Government has served the traders and residents of Akilo Road, Agege and its environs abatement notices for structures illegally erected under the powerline and canal setbacks.
byLateef Idris
No comments 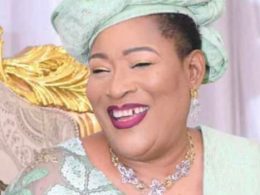 When we spoke recently on sundry issues, you sounded inspirational,  full of life and your spirit was extremely high. I never knew it was the last.
byLateef Idris
No comments