NCS destroys Tramadol, others worth N102m

The Nigeria Customs Service (NCS), Seme Command  in Badagry, says it has destroyed expired and seized medicaments  in its warehouse with a Duty Paid Value (DVP) of  N102.4 million.

The command’s spokesperson, Mr Saidu Abdullahi, made the disclosure in a statement released in Lagos on Wednesday.

He said the destruction was supervised by the Director General of National Agency for Food and Drugs Administration and Control (NAFDAC), Prof. Mojisola Adeyeye and the Area Controller, Mohammed Aliyu.

Others were expired rice, fertilizers and food seasonings.

The area controller said the destruction was in compliance with the service extant law.

“The destruction of these items are in compliance with the policies of the Federal Government and we are determined to get rid of dangerous and illicit drugs coming through the border.

“We will keep on strengthening the synergy with sister agencies so as to ensure that our borders remain safe in all departments,” Aliyu said.

He warned drug traffickers to desist from smuggling noting that the enforcement team would track them.

Adeyeye commended the efforts of the command noting that the synergy would ensure that illicit drugs were not brought into the country.

“We are determined to flush out all illicit and dangerous drugs from all corners of the country because they are harmful and dangerous especially for our children.

“We must all join hands together in the fight of the usage of illicit drugs especially by the youths,” she said. (NAN)

The multi-billion naira rice mill in Imota, a district in Ikorodu area of Lagos, is almost completed. The…
byLateef Idris
No comments 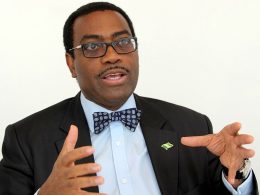 There is urgent need for Africa to diversify economies — Adesina

President of the African Development Bank (AfDB), Dr Akinwunmi Adesina has said there is an urgent need for Africa to rapidly diversify its economies, and add value to everything that it produces.
byLateef Idris
No comments