Mr Omoyele Sowore, a presidential aspirant of African Action Congress (AAC), says he will ensure civil servants in the country receive N100,000 as minimum wage from 2019 if he is elected Nigeria’s president.

Speaking at a town hall meeting organised by the party in Badagry, Sowore said Nigerians were indirectly going into slavery by traveling to different countries in search of jobs.

He noted that over 43 million black Africans were sold into slavery in the coastal city about 400 years ago, a development he said was still happening indirectly because of lack of job.

Sowore regretted the poor state of roads in the country and describing the Lagos-Badagry expressway as the worst in Nigeria.

The presidential aspirants said the historic town had been cut off from the rest of the country due to deplorable state of the expressway.

“I have traveled all over Nigeria, but I have not seen any international expressway like Lagos-Badagry.

“We spent almost five hours coming here instead of one and half hours.

“Badagry town has been cut-off from Nigeria due to deplorable state of the road.

“This is very shameful,” the presidential aspirant said.

He promised to construct two expressways from Badagry to Lagos, and another one linking Badagry and Ogun State if elected into power in the 2019 general elections.

Sowore urged the residents of Badagry to vote wisely for candidates of their choice.

“I heard now that politicians are buying Permanent Voters Card (PVC) for N10,000. Please don’t sell your PVC; the PVC is your future.

The News Agency of Nigeria (NAN) reports that the meeting was attended by a large number of youths in the coastal town. 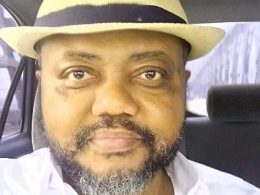 Dike was confirmed dead hours after Tinsel star Victor Olaotan was announced dead by his widow.
byTayo Aderinola
No comments 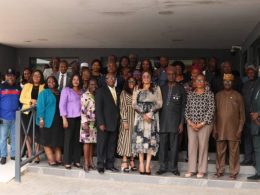 The Lagos State Parastatals Monitoring Office (PMO) has enjoined the Managing Directors, General Managers and Executive Secretaries of Parastatals/Agencies and other Government-owned organisations in the State to embrace collaboration and teamwork in implementing government policies and programmes to achieve better results.
byLateef Idris
No comments 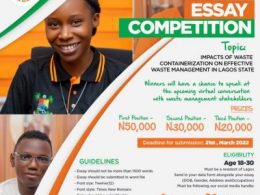