Three suspects in the connection with the weekend’s killings in 11 villages in Plateau have been arrested and paraded by the military alongside with their weapons.

Two of the suspects are herdsmen and one Berom– one of the minority ethnic groups in Plateau — currently at odds with Fulani herdsmen over grazing rights.

They were arrested by the Special Military Task Force, “Operation Save Haven’’ which paraded them on Wednesday in Jos alongside 14 others, who were arrested over the killings.

The three men were said to have been captured at Gashish District in the Barkin Ladi Local Government Area of Plateau.

The News Agency of Nigeria (NAN) reports that 11 villages in the Barkin Ladi Local Government Area and its environs were affected in the onslaught in which property worth billions of naira were also destroyed.

Parading the suspects, the spokesman of the STF, Maj. Umar Adams, told reporters that the suspects were arrested, clutching sophisticated riffles.

The deadly activities of the herdsmen have raised concerns over the future of agriculture in North Central Nigeria because of the penchant of the marauders to kill farmers.

Analysts describe Benue, Taraba and Nasarawa States, the hotbeds of the killings as the food basket of Nigeria.

Adams said the suspects were arrested in the course of the attacks.

“We all know that some days back, some villages in Barkin Ladi were attacked and these three suspects were arrested in connection with that.

“As our men were repelling the attacks in those areas we arrested these suspects with four riffles, three locally made guns and one AK47.

“The other 14 people were arrested in connection with civil unrest recently experienced in the state.”

Adams said that the suspects were still being investigated and that more arrests would be made in the course of time.

Meanwhile, the United Global Resolve for Peace (UGRFP), an NGO, says something urgent must be done to stop the spate of killings across the country.

Mr Pelumi Olajengbesi, the Group’s Executive Secretary, in a statement on Wednesday in Abuja, prayed God to grant each affected home the fortitude to deal with such severe losses.

He said that the recent incident in Plateau State in which many lives were lost had similar tales in Zamfara, Yobe and Borno.

“The nation wept as it does now, swore itself sore to the promise that never again would live be wasted so cheaply without justice only for us to go round full circle in a matter of days to this.

“Something urgent must be done to address the continuous killing of innocent men and women nationwide.

“There is yet a nation to save and it is a collective duty of all to seek new ways to address the fatal challenge before us.

“While the nation continues to weep, and rightly so, for the many lives lost senselessly in the alleged herdsmen attack, may I extend my deep condolences to the families of those who lost their lives,’’ he said.

He called on the Federal Government to more responsive to its duty of protecting lives and property.

The Police Command in Plateau had on Sunday confirmed the killing of 86 people in attacks on Razat, Ruku, Nyarr, Kura and Gana-Ropp villages of Gashish District in Barkin Ladi Local Government Area of the state.

President Muhammadu Buhari condemned the attacks, describing the incident as “very painful and regrettable”, and warned that the government would not rest until the assailants were brought to justice.

Against the backdrop of the challenges posed by the COVID-19 pandemic, the National Lottery Regulatory Commission, NLRC has…
byTayo Aderinola
No comments 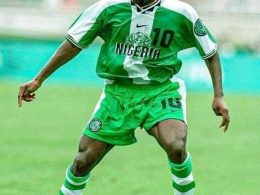 Nigeria’s Austin Azuka Okocha ready to mersmerize an, opponent in his heydays.

Okocha featured for Nigeria at the African Youth Championship in Mauritius in 1993, where the Flying Eagles crashed out in the semis.
byTayo Aderinola
No comments 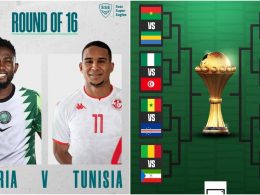 It's fair to say that the opening phase of the Cameroon staged AFCON was overshadowed by off-field matters with more focus on new COVID absentees as the action on the pitch saw slow cagey games with most contests being decided by a 1-0 scoreline.
byTayo Aderinola
4 shares
4
0
0
No comments 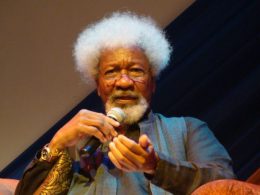