MDAs warned to seek clearance for IT projects

Its Director-General, Dr Isa Pantami, made the call in a statement on Monday in Abuja.

According to him, the clearance is in line with Section 6 of NITDA Act, 2007.

He stated that “a service-wide circular from the Office of the Secretary to the Government of the Federation also made NITDA the clearing house for all IT procurement in the public sector.”

Pantami noted that the objective of the clearance was, among other things, to ensure transparency in IT procurement by MDAs and other government establishments.

He said it was also aimed at aligning IT projects/investments with MDAs and other government establishments’ mandates and functions, as well as government IT shared vision and policy.

Furthermore, it was to integrate IT systems and services to save cost, promote shared services, inter-operability and improve efficiency and indigenous capacity for after-sales-service to sustain the project beyond the initial deployment.

The director-general said it was also to promote indigenous content and preference given to indigenous companies where capacity or the product or service exist, and ensure that the technology being implemented was up-to-date.

Pantami said the realistion that government’s investments in IT over the years were not commensurate with the value derived from such investments made the clearance imperative.

He added that the failure to evolve a digitally-enabled public service that would advance citizens’ yearnings of digital economy made it necessary for strategic repositioning of IT procurement in the public sector.

“It is therefore imperative to ensure that maximum value is derived from such huge investment of public funds, especially at a time when the need for accountable, transparent, efficient and effective public spending is high on the current administration’s agenda.

“We are therefore calling on MDAs and other government establishments to ensure that their IT projects in the 2017 Appropriation Act are put forward for clearance before implementation.

“It should be noted that a breach of the provision of NITDA Act and any other directive pursuant to the Act is an offence under Section 17 and punishable under Section 18 of the Act.’’

NITDA is a federal establishment under Federal Ministry of Communications.

It was created in April 2001 to implement Nigeria’s Information Technology Policy and coordinate general IT development and regulation in the country. 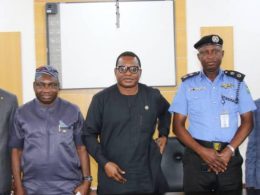 The government has set up a Special Task Force to curb the illicit ventures under which many criminals have hidden to attack motorists and other residents.
byLateef Idris
No comments 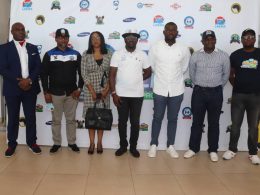 As part of continued efforts to decongest the road and increase the number of water transport commuters, the Lagos State Government has kickstarted a raffle promo tagged "Sailing and Smiling” where commuters stand to win lots of prizes as they purchase Lagos Ferry Services (LAGFERRY) tickets.
byLateef Idris
1 share
1
0
0
No comments 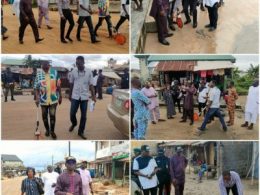 Hon. Samson Folorunso Olatunde (SAMOLA), the Executive Chairman of Olorunda LCDA has embarked on an inspection exercise in Magbon where the access road to the community was inspected in view of construction activities that are to commence in the weeks to follow.
byLateef Idris
No comments