The NURTW boss who attended the stakeholders’ meeting inside the council Secretariat Oshodi was moved by the fluency and articulation of the visual impaired LG staff that he gifted him a Toyota Camry on the spot.

It should be noted that the beneficiary, Mr Ibrahim Temitope Akinremi, who is the legal adviser to National Youth Council of Nigeria, had earlier been given an employment by the Executive Chairman of the local government, Otunba Kehinde Almaroof Oloyede (Kendoo). Kendoo decided to give him employment in the Legal Department of the council when he got to know that despite his visual challenge, he is a law graduate from the prestigious Lagos State University.

Mr. Ibrahim Temitope, the beneficiary, was full of appreciation to God, the council chairman for giving him employment and also to the NURTW Lagos boss for the car gift. He was totally overwhelmed with joy and all he could say was “I am grateful, I am highly grateful”.

During the meeting also, the NURTW boss also showed interest in partnering with the local government in rebuilding some of the dilapidated schools within the local government. He observed that if this current synergy that radiant between all the elected and appointed Oshodi representatives had existed before now, the council would have gone far in term of infrastructural development. 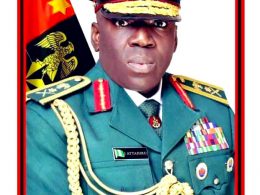 Lionel Messi scored his 643rd goal for Barcelona on Saturday to equal Pele’s record of goals for a single club as the Spanish giants were held 2-2 by Valencia.
byTayo Aderinola