Many NGOs are working against Nigeria’s interests – Lai Mohammed

Lai Mohammed said many Non-Governmental Organisations (NGOs) operating in Nigeria are working against the country’s interests.

Lai Mohammed said many Non-Governmental Organisations (NGOs) operating in Nigeria are working against the country’s interests.

Minister of Information and Culture re-emphasized this on Saturday when he featured on “Radio Link’’, a phone-in programme of the Federal Radio Corporation of Nigeria.

In the programme, the minister said Nigerians should be circumspect about the activities of many NGOs.

He said the government was in receipt of reports that some of the NGOs were on the payroll of foreign agents, traducers with ulterior motives to destabilize Nigeria.

The minister gave the example of the Socio-Economic Rights and Accountability Project (SERAP) which sued the Federal Government when the activities of Twitter were suspended.

“There are many NGOs in Nigeria today that are not working for the interests of the people of the nation.

“Otherwise, why will SERAP for instance take the Nigerian government to court because it suspended the operations of Twitter, an entity that is a platform of choice for people working to destabilise the country.

“This (Twitter) is an entity that was not registered in Nigeria, did not employ any Nigerian directly and not paying tax in spite of the huge amount of money it is making Nigeria.

“The same SERAP, when we later had an agreement with Twitter, wrote to my office to ask for the details of the agreement and we obliged it,’’ he said.

The minister noted that the outcome of the suspension and the agreements reached for Twitter to resume operations in Nigeria were beneficial to both parties.

He said in addition to ensuring that only wholesome content were posted by Twitter, the micro-blogging site agreed to open an office in Nigeria, engage Nigerians and pay requisite taxes to the government.

The minister queried the intention of SERAP in filing the suit if not for ulterior motives.

“We understand that in every case being filed by some of these NGOs, they receive subventions from their donors and sponsors and this should worry Nigerians.

“If you noticed, one of the fastest-growing businesses today is the NGO and the country is full of all sorts of NGOs which are being funded for ulterior motives,’’ he stressed.

The minister also gave the example of Borno where Gov. Babagana Zulum complained of the proliferation of NGOs in the state.

Lai Mohammed said the governor observed that some of the NGOs even leased offices and paid for 10 years to 15 years as if they desired that the northeast should be in perpetual turmoil. 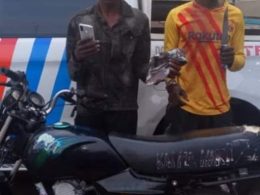 Two members of a 3-man robbery gang arrested in a foiled robbery attempt by operatives of the Lagos Rapid Response Squad (RRS) have been sentenced to three years jail term each.
byTayo Aderinola
No comments

The Academic Staff Union of Universities, ASUU, has embarked on a two- week warning strike with effect from…
byTayo Aderinola
No comments 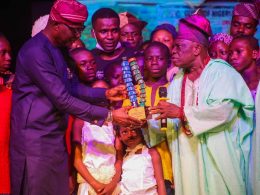 Lagosians, especially lovers of creative contents, were on Thursday and Friday's evening thrilled to the best of creative performances and musical renditions at an event hosted by Lagos State Ministry of Tourism, Arts and Culture, in partnership with Footprints of David and Ace Musician, Stella Monye, in celebration of the 56th birthday of Governor Babajide Olusola Sanwo-Olu.
byLateef Idris
No comments