Kylian Mbappe scored and came through unscathed along with fellow Paris Saint-Germain stars Lionel Messi and Neymar in their final match before the World Cup, a 5-0 Ligue 1 rout of Auxerre on Sunday.

Kylian Mbappe scored and came through unscathed along with fellow Paris Saint-Germain stars Lionel Messi and Neymar in their final match before the World Cup, a 5-0 Ligue 1 rout of Auxerre on Sunday.

PSG coach Christophe Galtier opted not to rest the attacking trio against the Burgundy side as the champions sought to extend their lead at the top of the table before the break for the tournament in Qatar.

And Mbappe scored the opener after 11 minutes in Paris for his 12th league goal this season after good work by Messi, Moroccan Achraf Hakimi and Nuno Mendes.

Carlos Soler nodded in the second after 51 minutes and then set up Hakimi for the third six minutes later. Renato Sanches and Hugo Ekitike added two more in the final ten minutes.

The Parisians move five points ahead of Lens, who won 2-1 at home against Clermont on Saturday, with Rennes a further five points adrift in third.

For their final match before the World Cup, the MNM trio – Messi, Neymar, Mbappe – took to the pitch but did not really sparkle in a game played without great intensity.

The apathy of the magic trio did not, however, prevent the champions from giving a demonstration of their goal-scoring prowess before a big break until their next Ligue 1 match on December 28 against Strasbourg.

No question of taking the slightest risk for the World Cup players in a tournament which could be the final one for veterans Messi and Neymar.

FOUR men were reportedly killed on Sunday in Epe, Lagos, when a Toyota Camry with registration number LSR-724FW…
byTayo Aderinola
11 shares
11
0
0
No comments

The Nigerian army said soldiers on anti banditry operations in Zamfara state have bursted an attempt by a kidnap gang to abduct some villagers at Kabasa village in Magami Local Government Area of Zamfara State.
byLateef Idris
No comments 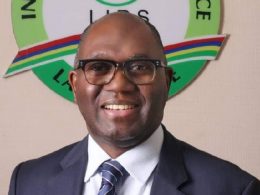 A civil society organisation, Vanguard for Transparency and Accountability, has described the recently launched Whistle-Blower Initiative of the Lagos State Internal Revenue Service, as an exemplary boost to the anti-corruption crusade, as it lauded the Ayodele Subair-led LIRS management for sustaining its pace-setting records in tax management reforms in Nigeria.
byTayo Aderinola
No comments