I don’t know why those from South-east and South-south where Tinubu did not rule as Governor are those that abuse Tinubu most whenever his name is mentioned. Some of them couldn’t even remember their Governors between 1999-2007 again but Tinubu’s name always ring bell in their ears.

I don’t know why those from South-east and South-south where Tinubu did not rule as Governor are those that abuse Tinubu most whenever his name is mentioned. Some of them couldn’t even remember their Governors between 1999-2007 again but Tinubu’s name always ring bell in their ears.

Tinubu’s immunity expired in 2007 and PDP left govt in 2015. Tinubu was without immunity for good 8 years under PDP, yet, Obasanjo,Yardua and Jonathan had nothing to rope him in as a criminal. Even Nuhu Ribadu did not probe him under Obasanjo. Three (3) EFCC chairmen (Ribadu, Farida Waziri and Lamorde) couldn’t trace anything incriminating against Tinubu between 2007 — 2015 but you want him probed now. Has he taken any contract from state or federal govt that he has not executed? Has anybody reported him for financial crime? You always refer to Tinubu’s companies as if he had no means of livelihood before becoming Governor.

Tinubu was an Executive Director/board member of Mobil Oil Producing before he joined politics. Obasanjo and Atiku established private universities as sitting President and Vice President. Obasanjo established Presidential Library as a sitting President. Atiku sold shares of companies to himself as VP and Chairman of Privatisation Council. Peter Obi took state money to support family business as Governor of Anambra. Yet, these people are your heroes. When other former Governors were busy shipping their states resources abroad & developing foreign economies, Tinubu was busy establishing his businesses in Nigeria. Those companies are employing several hundreds of bread winners in Nigeria.

He met Lagos IGR at about N600m per month and he left it at N12 – 14bn per month. When Obasanjo seized Lagos allocations despite Supreme Court judgement against Obasanjo, Tinubu was paying salaries and pensions regularly for three and half years that it lasted. It was Yardua that paid the allocation to Fasola’s govt. Tinubu used his initiative to create LASTMA and Obasanjo in his copy cat attitude moved ahead to create FERMA.

Those of you that always criticise Tinubu because of envious hate, when will you start criticising Ikpeazu who has not been paying salaries and pensions Abia with no single project to show in Abia? Why did you not say Tinubu was corrupt in 2011 when he supported Goodluck Jonathan? Did He not win Jonathan govt at Code of Conduct Tribunal when he was charged? Tinubu this and Tinubu that as if he is your Governor or President. If you are abusing Tinubu because he is sponsoring APC, Is Atiku not using money to sponsor PDP and his Presidential project? Where is he also getting the money from? Where did he get all the dollars he spent during APC Presidential primary in 2014 and PDP presidential primary of 2018?

Tinubu is no longer a Governor and neither is he the President but he is your problem. When Tinubu was busy building his political structures since 2003 after PDP rigging in south-west, Where were you? When he gave Atiku his party to use for his Presidential project in 2006/2007, where were you? When he was busy building bridges across 6 geo political zones, where were you? In 2015, you all mocked when Ahmed Lawan and Gbajabiamila lost out the leadership of national assembly to Saraki and Dogara. He was not disturbed. He moved on till he was successful in 2019.

When he was bringing up Babachir Lawal and Boss Mustapha (former and current SGF) in ACN, where were you? When he was doing these, Bode George was calling him a local champion but now the local champion in his tenacity has built a national ruling party, you are envious. Tell us your governor that performed better than Tinubu. Your Peter Obi couldn’t build APGA in South-east. Instead, he defected to PDP to kill APGA. 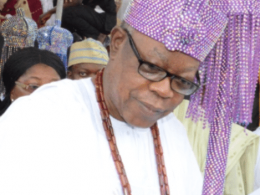 All Progressives Congress National Leader, Asiwaju Bola Ahmed Tinubu, has congratulated the Otun-Olubadan of Ibadan, Senator Lekan Balogun, over his appointment as the new Olubadan of Ibadanland and elevation to the zenith of leadership institution in the land.
byTayo Aderinola
No comments 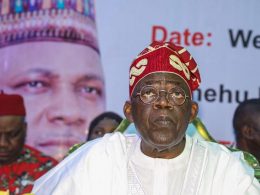 Oshiomhole Interview: With a Christian wife, Tinubu is an example of how Nigeria should be

Former Governor of Edo State, Adams Oshiomhole who has been tipped to play a prominent role in the Bola Ahmed Tinubu-Kashim Shettima presidential campaign says religion should not have any role in politics. “I think the issues before us and which we have to spend time discussing is what will any of the presidential candidates do differently to expect a different outcome, not what will a Christian or Muslim do”, Oshiomhole tells a crew of Arise TV journalists on Wednesday.
byLateef Idris
No comments 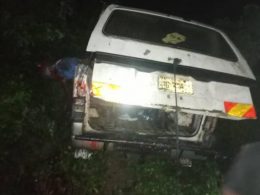