LASIEC Presents Certificates Of Return To 2 Councillors Of Accord Party

The Lagos State Independent Electoral Commission ( LASIEC ) has presented Certificates of Return to Aderibigbe Imoleayo Oluwafemi and Olamoyegun Simeon Segun of the Accord Party as Councillors for Ward F and Ward H respectively of Odi- Olowo/ Ojuwoye Local Council Development Area of the State in compliance with the ruling of the Lagos State Elections Petitions Tribunal sitting at Ikeja, which ruled in favour of the duo.

Presenting the Certificates to the two Councillors, the Chairman of the Commission,  Justice Ayotunde Phillips (Rtd), who was represented by the Permanent Secretary of the Commission, Mr Olumide Lawal, commended the leadership of the Accord Party, the councillors and their supporters for the confidence reposed in the judicial machinery set up by the State Government for prosecuting election petitions, rather than resorting to self-help which could have led to a breakdown of law and order.

Phillips recalled the pledge she made at various pre-election stakeholders meetings that the commission would always uphold the rule of law and comply with any order that might be given by any court of competent jurisdiction at any stage of the electoral process at the Local Government level of the state, stressing that the presentation of the Certificates of Return to the two councillors was a demonstration of the fulfillment of her promise.

The Chairman appealed to the two councillors to join hands with their colleagues to make life better for the entire citizenry in their council, adding that elected political office holders must put service to the people first and make themselves accountable to the people to justify the confidence reposed in them by the electorate who voted them into office.

She further noted that if people who were “elected into public office by the electorate actually diligently serve the citizenry, election management bodies, including LASIEC, would have little or no cause to worry about voters apathy as many eligible voters would enthusiastically and willingly participate in the electoral process at National , State and Local Government levels”.

Phillips, therefore, frowned at the attitude of politicians who soon become elusive and inaccessible to the people once elected into office, thereby alienating the people from governance.

The Chairman revealed that 27 petitions were filed by different political parties and their candidates over disputes arising from the July 22, 2017 Local Government elections conducted by the Commission, out of which two were determined in favour of the petitioners.

Also speaking at the ceremony, the Lagos Chairman of the Accord Party, Mr. Olatunde Cole, who led some of the party executives thanked the Chairman and the management of the Commission for the support and cooperation rendered during the sittings of the Tribunal, adding that the experience had strengthened his confidence in the rule of law.

Mr. Segun, one of the two councillors who spoke on behalf of his colleague, expressed gratitude to God and commended the commission for its commitment to the improvement in the electoral process at the Local Government level of the State.

He promised that they would work hard to make life a lot better for the people in their council, stressing that “out of the 27 petitions that were filed by different political parties, the only two successful ones came in our favour. Hence, we cannot afford to disappoint the electorate that gave us this chance. I have always known the Chairman to be a woman of integrity, we all have respect for her.”

A yet-to-be-identified driver conveying Automotive Gas Oil, also known as diesel, to a destination in the state lost…
byTayo Aderinola
8 shares
8
0
0
No comments 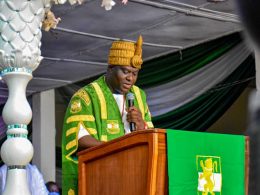 Arole Oodua and Ooni of Ife, Ooni Adeyeye Enitan Ogunwusi Ojaja II has charged the graduating students of the University of Nigeria (UNN) Nsuka to go into the world as good ambassadors and add great values to the society by proudly making use of the knowledge impacted on them by the university.
byTayo Aderinola
No comments

The Lagos State Government has signed a Memorandum of Understanding (MoU) with a German Development Agency, GIZ, on human capacity development with special focus on the youths for increased economic productivity.
byTayo Aderinola
No comments 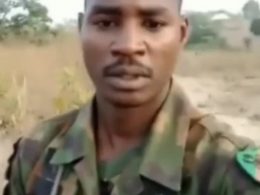 The attention of the Nigerian Army (NA) has been drawn to a viral video making the rounds on the social media, where a soldier on Wednesday, 30 March 2022 claimed to have been abandoned by his colleagues during operations. Contrary to the claims and impression created by the soldier in the video footage, preliminary investigations have revealed that the video footage was a deliberate attempt to shield himself from being accused of cowardice, having abandoned his colleagues during an ongoing clearance operation in Gurara, Niger State.
byTayo Aderinola
No comments