As part of the efforts to ensuring food security and effective distribution of grains across Lagos State, Governor Akinwumi Ambode has ordered the State’s Ministry of Agriculture to continue the sale of its Lake Rice.

The Commissioner for Agriculture, Hon. Oluwatoyin Suarau, who disclosed this today in chat with news correspondents at Secreatariat, Alausa, explained that the State government has created more designated centres in addition to those already established in the 20 Local Governemnt and 37 Local Council Development Areas in the State.

He assured that the State government is working to ensure the continuous availability of the rice in all the designated outlets while working assiduously to maintain adequate supply all over the State.

Suarau stressed further that the price of the rice has not changed because the present administration intends to make the product affordable to all, adding that the purchase process has also been made less cumbersome for everyone.

Speaking, at the Launch of the new bread recently, the Special Adviser to the Lagos State Governor on Food Security, Mr. Ganiyu Sanni Okanlawon said the Coconut Bread being launched by Government is a demonstration of the present administration’s commitment to promoting a coconut value chain in the State.

He added that the development is a step in the right direction in realizing the full potentials derivable from coconut and making the state a self dependent and reliant in food production.

Okanlawon stated further that coconut has a lot of benefits as it has been scientifically proven to have a lot of medicinal values when consumed on regular basis.

According to him, “There are enormous benefits from coconut as many products such as coconut oil, coconut cream, soap, gurudi, coconut water, hair cream, coconut body cream, coconut candy and many others are produced from coconut. It can also be used for quick healing of wounds, cough, and to prevent cancer.”

Lagos State Police Command has arrested five suspects involved in a clash between area boys and scavengers at.…
byTayo Aderinola
No comments 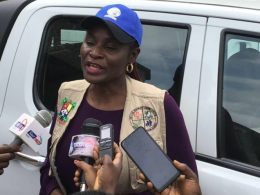 The Lagos State Health Facility Monitoring and Accreditation Agency (HEFAMAA) has said it shuts down 14 health facilities in the last four months.
byLateef Idris
No comments